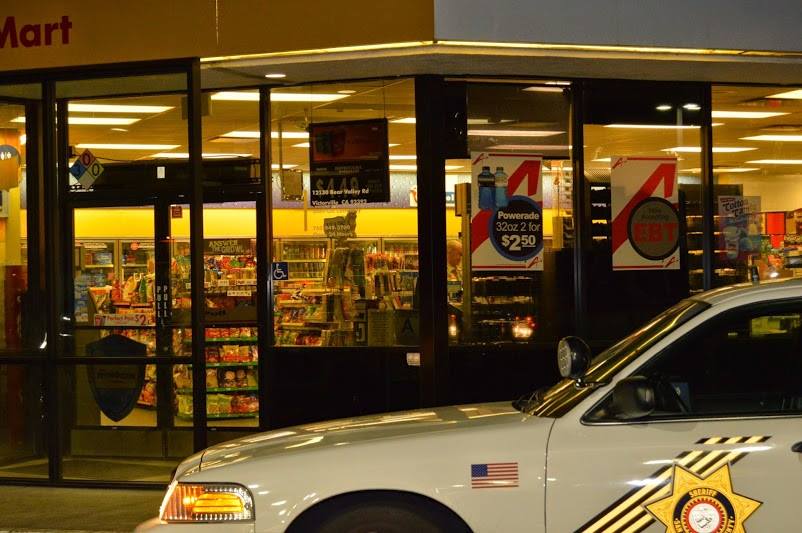 VICTORVILLE-(VVNG.com): At about 5:45 a.m. on Wednesday morning the Shell gas station located at 12130 Bear Valley road on the corner of Highway 395 was robbed at gunpoint. The suspect, described as a Hispanic male adult entered the store, showed a black handgun in his waistband, grabbed 2 packs of Marlboro cigarettes and the entire cash drawer, containing about $100 in cash.

The suspect then, with his face was partially covered by the hooded jacket left the store. The reporting party, per scanner traffic told authorities that the suspect told them not to report the incident because he has a police scanner and would know. The suspect was described to be in his 30’s, about 5’5”, thin build, with tattoos on his face. He was last seen in a gray hooded jacket, blue jeans, a black baseball cap, and was wearing eyeglasses.

There were no injuries reported as a result of this incident. The suspect left northbound on Highway 395 on foot. At this time, the San Bernardino County Sheriff’s, Victorville Station spokesman, Sgt. Dave Burgess confirmed that the suspect is still at large. Anyone with information can contact the Victorville Police Department at 760-241-2911.