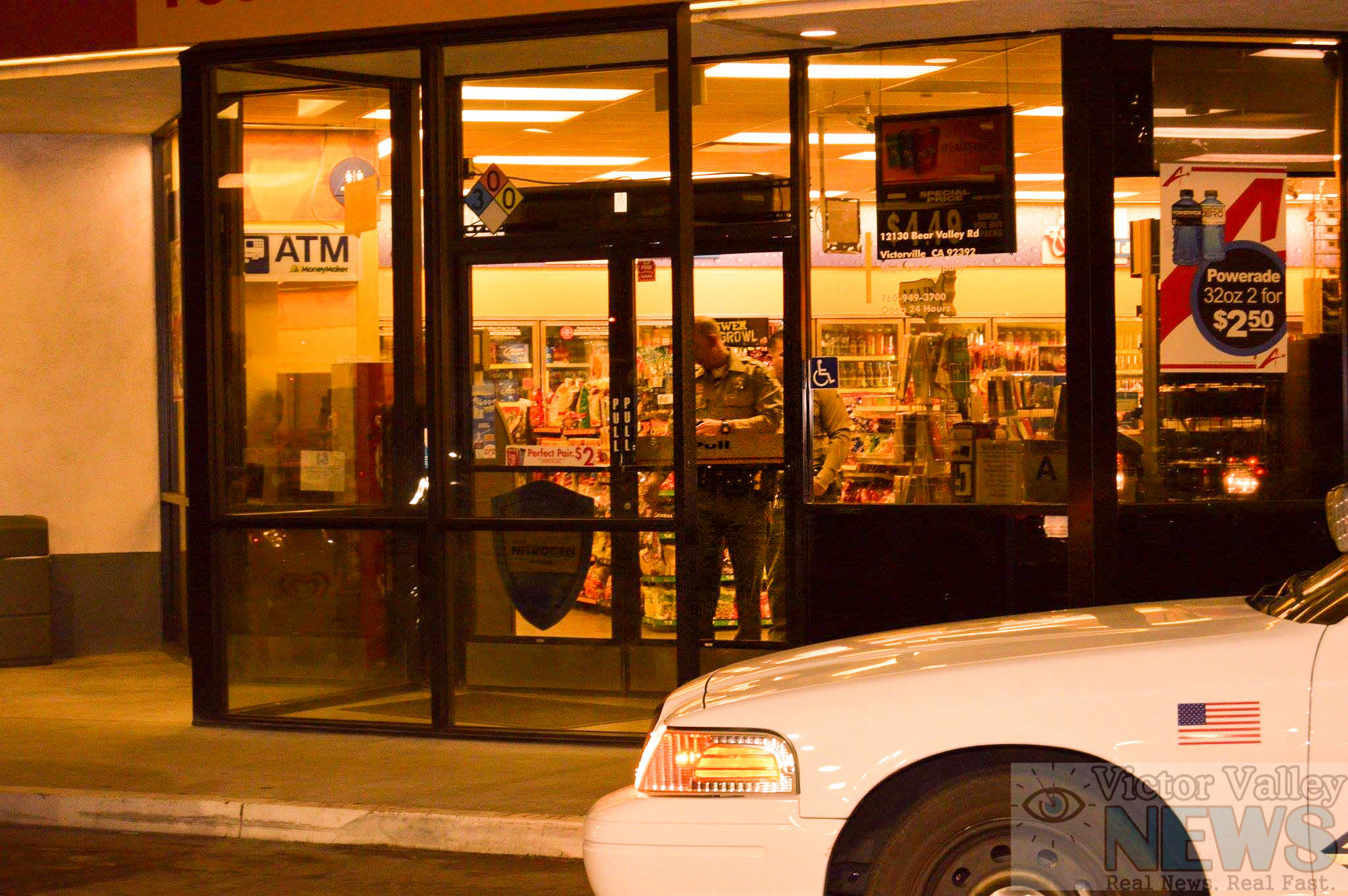 The gas station located in the 12100 block of Bear Valley Road has been the target of three prior armed robberies in less than two months.

According to authorities, the suspect, walked into the Shell location with a handgun and told the clerk to give him the money.

The suspect is not believed to be the same suspect in the three prior incidents.

If you have any information regarding any of the four robberies you are asked to call the Victorville Sheriff’s Station at 760-241-2911. Those wishing to remain anonymous can call the WeTip Hotline at 800-78-CRIME.

–Three Armed Robberies in One Month at Shell Gas Station