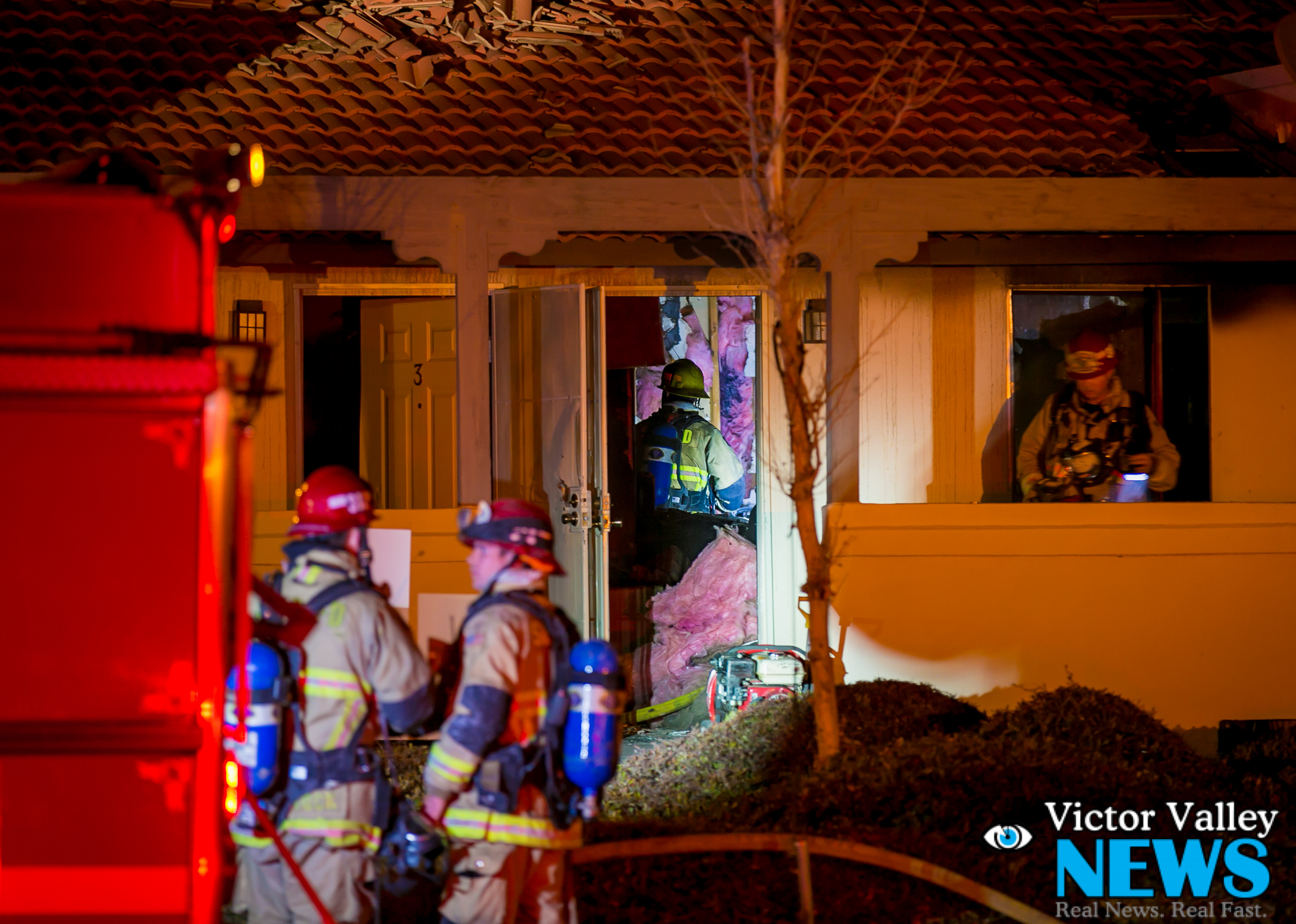 VICTORVILLE,Calif:(VVNG.com)- San Bernardino County Firefighters were dispatched to the High Desert Villa Senior Living Apartments located on the 16800 block of Jasmine Street for the report of a commercial structure fire on Monday evening. The report was made at around 7:00 p.m. and firefighters arrived on scene within three minutes to find smoke showing from one of the apartment units.

Upon arrival firefighters located a water source and went into an attack mode to extinguish the blaze. Evacuations were started and an investigator was called to the scene. The fire was knocked down within 15 minutes of firefighter arrival per scanner traffic. Upon entrance into the apartment, the firefighters learned that the fire had extended to adjoining apartment units.

San Bernardino County FIre officials said that the blaze caused an estimated $70,000 in damages. Additional apartment units sustained smoke and water damage.  One woman was displaced as a result of this fire, Red Cross was called to assist her.

Another approximately 90-year-old woman was transported to a local hospital for smoke inhalation but no other injuries were reported as a result of the fire. The cause of the fire is still to be determined by the San Bernardino County Fire Investigator who responded to the scene

A resident of the complex stares at the loss of the units that sustained over 70,000 in damages due to the fire. (Gabriel D. Espinoza, Victor Valley News)