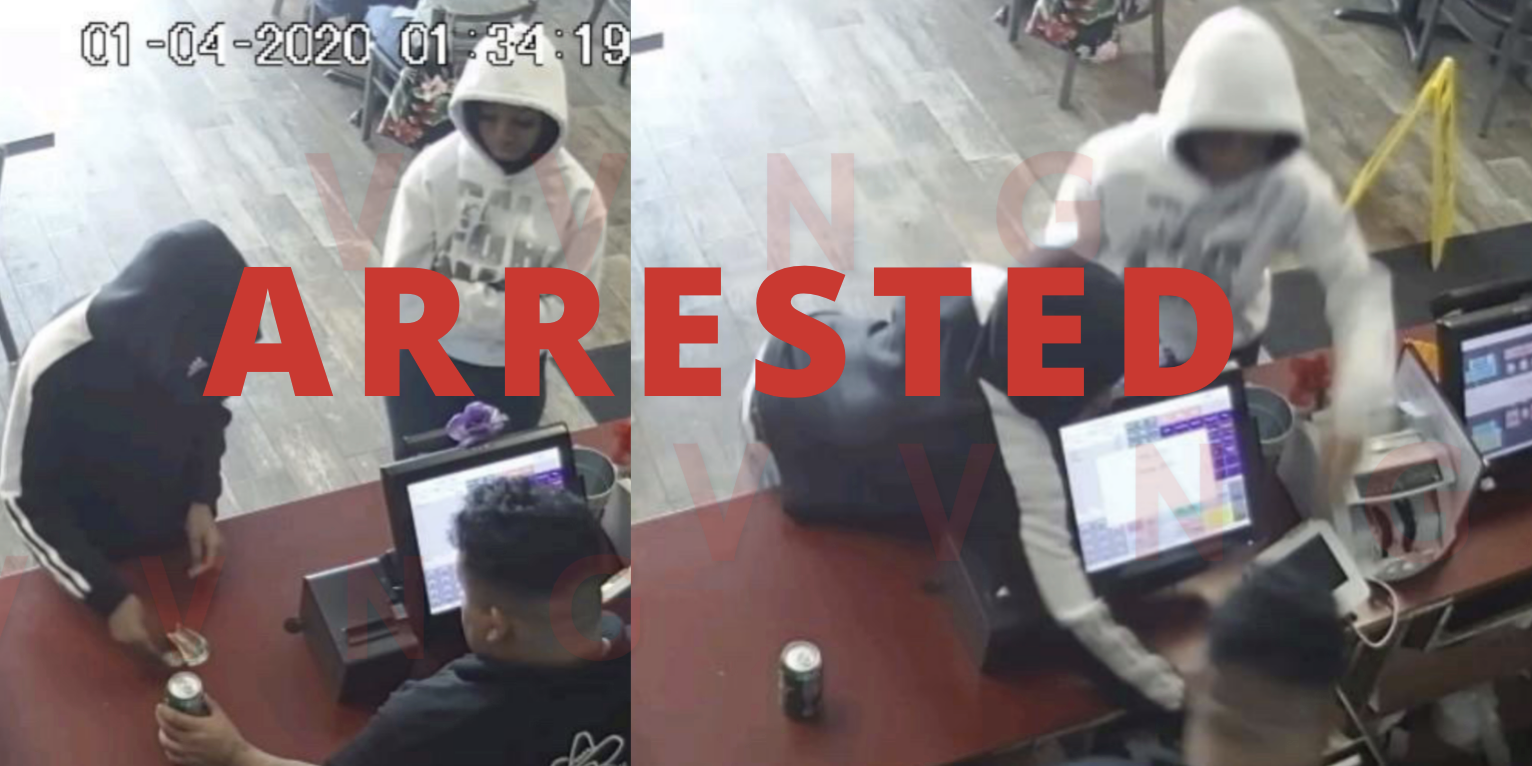 It was by coincidence that a Baja Taco employee eating at a local McDonalds recognized the two suspects wanted for robbing his store.

VICTORVILLE, Calif. (VVNG.com) — A couple of teenage robbery suspects caught on camera were arrested days later after an employee from the business saw the pair eating at a McDonalds, officials said.

VVNG reported exclusively on the robbery when it happened and obtained survelliance photos from the cameras inside the business in the 13700 block of Bear Valley Road in Victorville.

At about 1:45 pm On January 4, 2020, a 14-year-old, male juvenile and a 16-year-old female juvenile entered the restaurant and ordered a can of soda from the employee.

The teens reached over the counter, took cash from the register, and fled. An employee chased on foot after the suspects but lost them when they ran into the neighborhood behind the Stater Brothers shopping center.

“On January 7, 2020, an employee from Baja Taco recognized two juveniles inside McDonalds, as the two who had committed the robbery 3 days prior,” stated sheriff’s spokeswoman Mara Rodriguez.

Police responded the the location and made contact with the pair.

“They were positively identified as the suspects and booked at High Desert Juvenile Detention Center for the robbery,” stated Rodriguez.