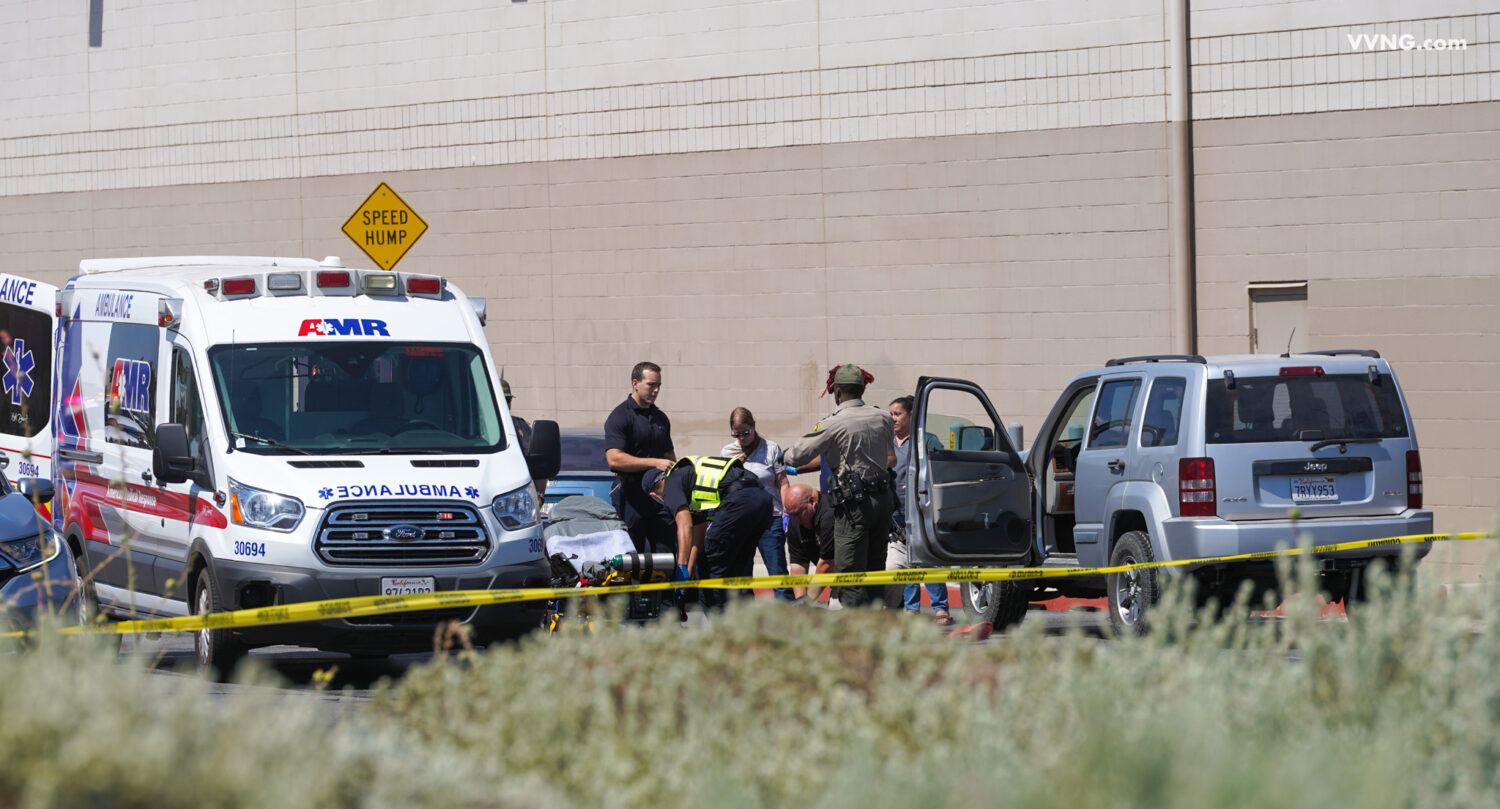 VICTORVILLE, Calif. (VVNG.com) — Police arrested a suspect wanted for shooting and killing a 22-year-old man after a road rage incident in Victorville.

On Sunday, July 24, 2022, deputies with the Victorville Police Department responded to an assault with a weapon in the area of Bear Valley Road and Mall Boulevard.

Upon their arrival, they found Brock Moore, a resident of Tehachapi, lying on the ground suffering from a gunshot wound to the face.

Two off-duty nurses that were in the area attempted to render CPR on Brock until police and emergency personnel arrived on scene. Brock was rushed to a nearby hospital where he was pronounced deceased a short time later.

After the shooting, the suspect, identified as 23-year-old Jeremy Franks, a resident of Apple Valley, got back into a Nissan sedan and fled the scene.

A witness used her cell phone to capture a photo of the fleeing suspect’s vehicle that was turned over to law enforcement.

Sheriff’s officials said that with the assistance of the California Highway Patrol, Franks was located in Barstow and taken into custody. Franks was booked at High Desert Detention Center for PC 187(A) – Murder.

“At this time, it appears the incident started over a road rage clash,” stated officials.

Brooke Moore posted in the Victor Valley News Group on Facebook and said the victim was her brother. “My brother had finally gotten his life together and it was taken from him over an argument. Please fight for positive change in this country it desperately needs it. Rest In peace to my precious brother Brock Nathaniel Moore. We love you.”

Anyone with information about this case is asked to contact Detective Chris Crosswhite, Specialized Investigations Division at (909) 890-4904. Callers can remain anonymous and contact We-Tip at 800-78CRIME or www.wetip.com.