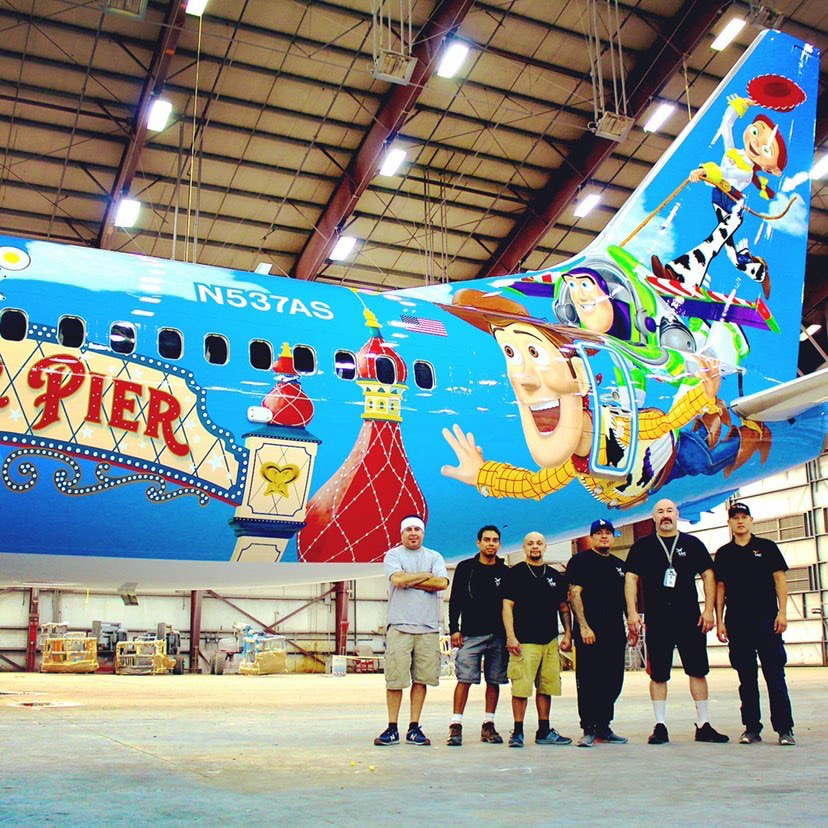 A team of employees from IAC, International Aerospace Coating, worked extremely hard on the project. The tasks were performed by employees from the day and the night shifts.

“I’ve worked as a painter at this company for 12 years and this project was by far the most challenging but exciting experience I’ve had,” said Jonathan Luis. “We were very fortunate to have been chosen to participate in this masterpiece.”

The vibrant and fun aircraft showcases a trio of familiar Pixar characters that span on both sides of the aircraft: Woody, Buzz Lightyear and Jessie of Toy Story fame.

After leaving from Victorville, the plane made its inaugural flight out of Seattle on October 7th, then landed in San Francisco for a gate ceremony, before making their final destination to Orange County.

“There’s nothing better than landing happy on the way to The Happiest Place on Earth,” said Natalie Bowman, Alaska Airlines’ managing director of brand marketing and advertising. “The Disneyland Resort is one of our signature West Coast friendships, and we love that we can celebrate Pixar Pier by taking these iconic characters on a brand-new adventure.”