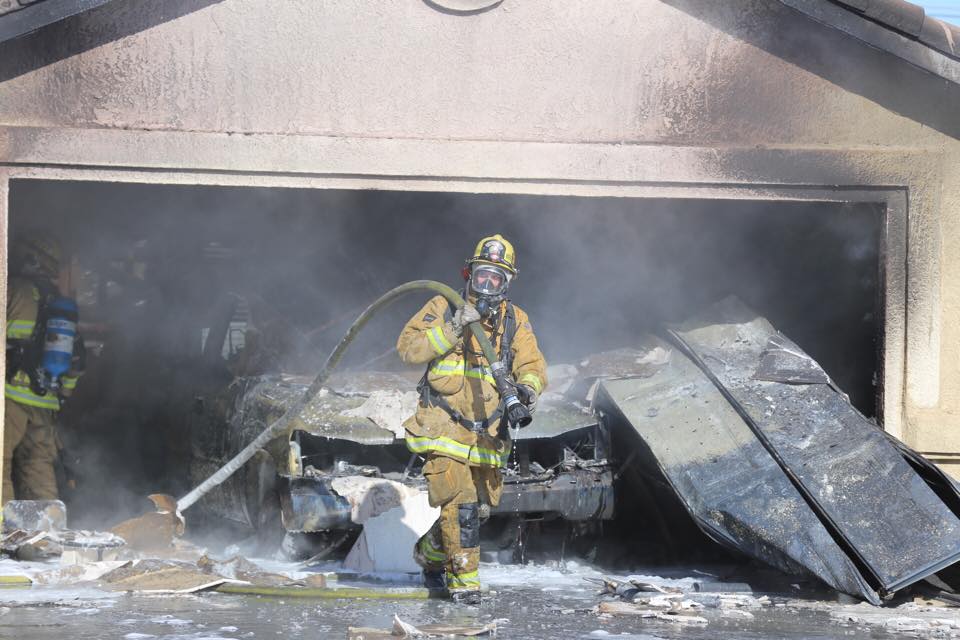 VICTORVILLE:(VVNG.com)- The first of the year is usually a day most people relax and focus on setting goals for the new year. For one local family everything changed in a moment’s time. At approximately 11:30 AM on Thursday, January 1, 2015 many Victor Valley News members began reporting a plume of smoke visible from several cities.

Firefighters were dispatched to a structure fire in the area of Luna Road and El Evado Road. When they arrived they found a well-involved fire coming from the garage of residence located in the 14500 block of Peral Road in Victorville.

A mother and her 17-year-old son were inside of the home at the time of the fire. The cause of the fire is believed to be electrical. According to the homeowner Delores, she heard a loud explosion and the house quickly filled up with smoke as it spread through the attic.

The families vehicle was parked inside of the garage at the time of the fire and is a complete loss. Majority of the fire was contained to the garage but also damaged a portion of the kitchen.

Both occupants and the family dog all made it out safely and no injuries were reported.

Dolores, stated even though this is not the way she hoped to start her new year, she is truly thankful that they were able to get out safely. “Everything in there can be replaced, our lives can’t,” she said.