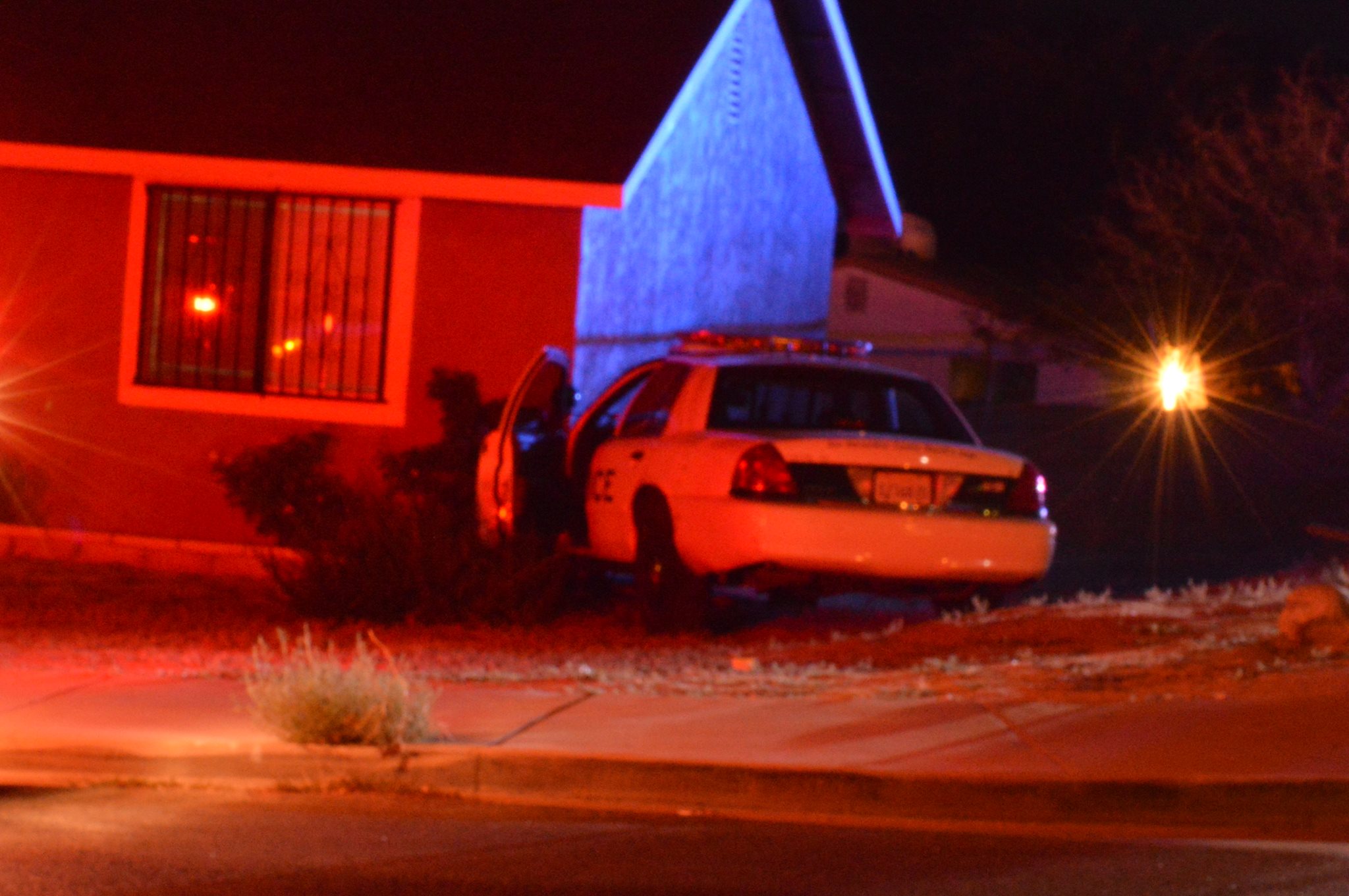 VICTORVILLE-(VVNG.com):  At about 1:00 a.m. on Saturday, August 29th deputies from the Victorville station attempted to make contact with the occupants of a 1999 White Lexus parked in the area of 7th Street and La Paz Drive.

The vehicle was believed to be a vehicle involved in an August 28th carjacking in the city of Hesperia. When deputies approached, the vehicle drove away causing deputies to begin to pursue the fleeing vehicle.

The male driver, identified as 22-year-old Juan Hidalgo-Chavez of Apple Valley, drove at a high rate of speed down La Paz Drive to Pebble Beach Drive and from Pebble Beach Drive he turned onto Rodeo Drive. When he reached Hughes Road he made a fast, sharp right-hand turn. The deputy, as he attempted to follow, lost control of the patrol unit for unknown reasons subsequently crashing into the corner of a home on the corner of Rodeo Drive on Hughes Road.

The driver, and his three female companions, continued heading east down Crestview Drive toward Hesperia Road. Per scanner traffic, deputies relayed that the vehicle went over a berm into the desert area near Hesperia Road. The vehicle was then abandoned by the suspects who all fled on foot. Upon searching the vehicle the deputies located “several” guns.

Deputies called 40-king and deputies from Apple Valley to assist in the search.One female was detained near Crestview Drive just before 1:30 a.m., a second female suspect was detained near Seneca and Hesperia Roads and the remaining two were found at about 2:40 a.m. just minutes apart in the desert area near Victor Valley Global Medical.

All four were transported to the High Desert Detention Center. At this time the other three suspects detained have not yet been identified. No injuries were reported as a result of this incident. The patrol car is believed to be totaled and the home sustained minor damage. 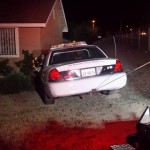 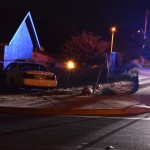 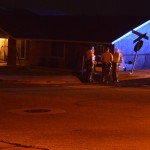