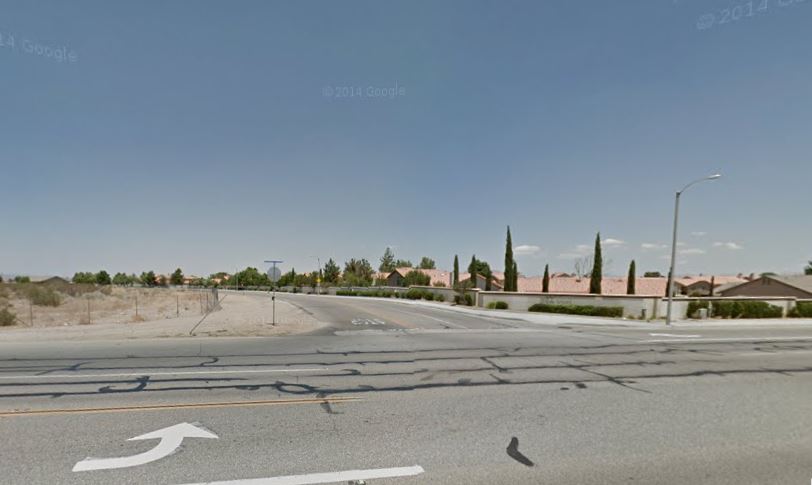 (VVNG.com)- On Thursday, September 25, 2014 at  9:31 a.m., dispatch received a report from the Victorville Public Works department that a white 2001 Dodge Ram city utility truck was stolen. The incident took place on Bear Valley Road and Cantina Drive, when the on duty city public works employee pulled over and stepped out of his vehicle to remove some signs in the area.

The suspect, according to the Public workers statement, rode his bike toward the vehicle, laid his bike down then quickly got into the public works truck and sped away. The vehicle turned left heading south down Highway 395.

The suspect was described as a white male in his mid 30’s wearing dark color clothes. According to Sgt. Ken Lutz, after further investigation and checking dispatch call logs authorities realized there had been a call at approximately 8:00 a.m., from the Shell Station on Hwy 395 and Bear Valley Road.  When deputies arrived at the scene just minutes later, the officer met with the caller.  Shawn Adkins, who called simply to ask the officer for a ride to San Bernardino was denied the ride and the officer left the scene.

Since the call made by Adkins was in the same area as the stolen city vehicle incident, he was put in a police photo line up.  Adkins, was identified as the suspect in the police photo lineup by the city worker.

Adkins, has prior arrests for grand theft auto as well as other offenses.  The last arrest of Adkins was less than 2 weeks ago in the city of Highland.  The charges for the September 14th arrest are unknown at this time.

If anyone has information that may help lead to the vehicle and the suspect they are asked to call the Victorville Police Department at (760)241-2911.