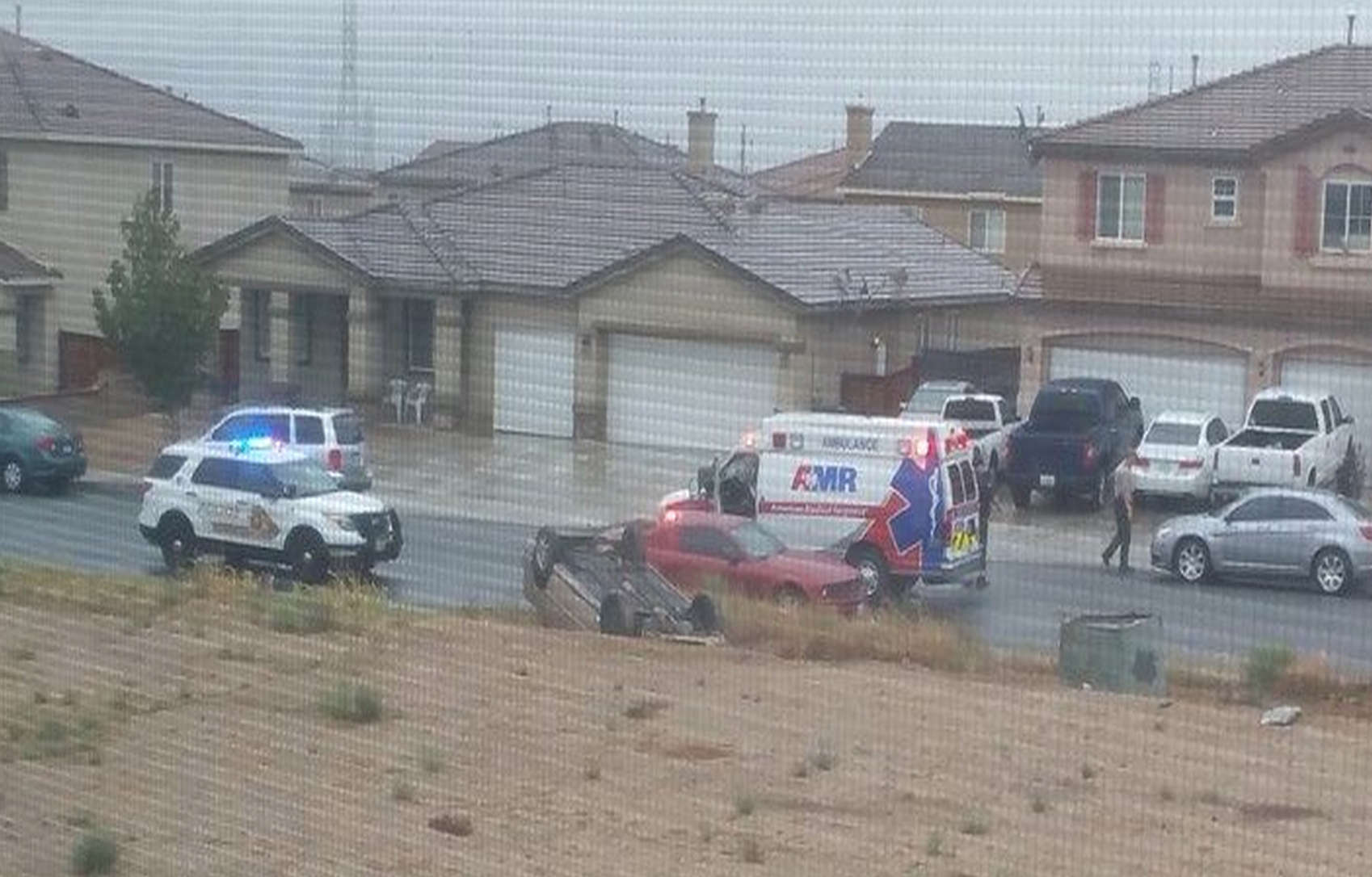 VICTORVILLE-(VVNG): Homeowners in the area near Mesa Linda Avenue and Mesa Rojo Way were without power early Tuesday morning after a vehicle jumped a curb, hit a transformer then landed

Southern California Edison records indicated that on September, 15th at about 9:20 a.m. over 1800 customers were impacted by the outage.

The 19-year-old male driver told on-scene witnesses that he fell asleep at the wheel when heading northbound on Mesa Linda Avenue causing him to crash.

A nearby resident told Victor Valley News that drug paraphernalia was located in the young man’s vehicle, but he was uncertain if that possession had anything to do with the collision.

There were no injuries reported as a result of the collision and it did not appear that any arrests were made. Information will be updated as it is received.