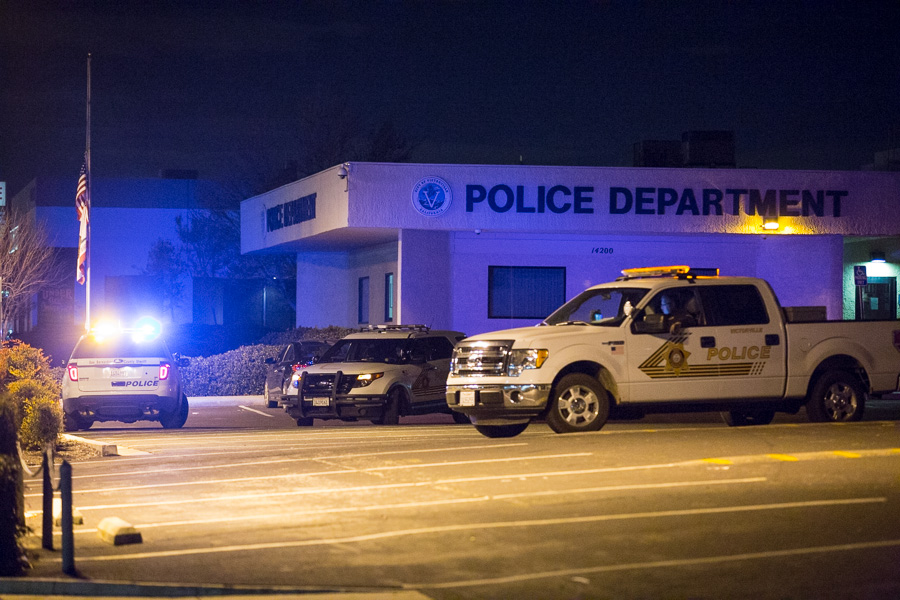 UPDATE 12/30 @ 10:00 AM – The Military Ordnance team from Ft. Irwin responded and retrieved the item which appeared to be a WWII era military ordinance. They did not confirm exactly what it was.

“A woman drove to the station with a device that she believes may be some sort of military ordnance,” stated Sheriff’s spokeswoman Mara Rodriguez.

At about 7:00 p.m. the military ordnance team arrived at the station to check out the device and properly dispose of it.

The parking lot and public areas of the building were evacuated, as a precaution, and will remain so until the device is secure.

[box type=”warning” align=”aligncenter” class=”” width=””]If you find something, in your home or otherwise that you believe may be explosive, immediately leave the area and call 911. Let Police come to the location of the device. When you transport or move a device like this you are taking a very real chance of being hurt or hurting others. Our teams that deal with these situations go through extensive training to handle situations such as this and are fully equipped for the task.[/box]

For the latest news in real-time join our Facebook group with over 86,000 members: VICTOR VALLEY NEWS