VICTORVILLE, Calif. (VVNG.com) — Police are asking for the public’s help to identify a juvenile suspect wanted for breaking into multiple vehicles.

On September 17, 2018, a male juvenile was captured on surveillance video as he broke into multiple vehicles in the 14400 block of California Ave. According to police, the suspect stole several items from the vehicles before leaving the area.

Detectives with the Victorville Police Department have obtained photographs of the incident and are asking for the public’s help to identify and locate the suspect.

The suspect is described as a black male juvenile, last seen wearing a blue shirt over a camouflage sweatshirt and blue Nike shoes.

Anyone with information about the identification of the juvenile or this case is asked to contact Detective J. Cornett at the Victorville Police Department at (760) 241-2911 or Sheriff’s Dispatch at (760) 956-5001. Callers wishing to remain anonymous are urged to call the We-Tip Hotline at 1-800-78CRIME (27463) or you may leave information on the We-Tip website at www.wetip.com. 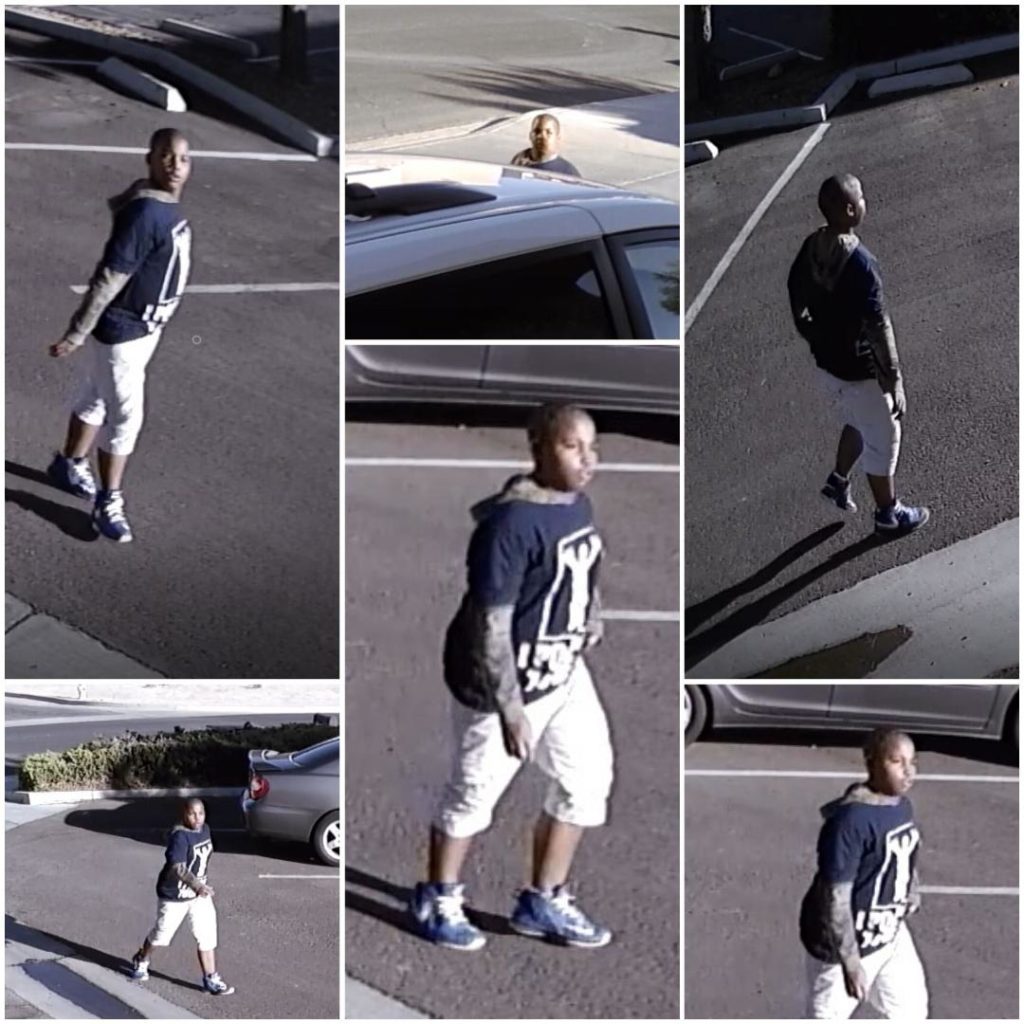