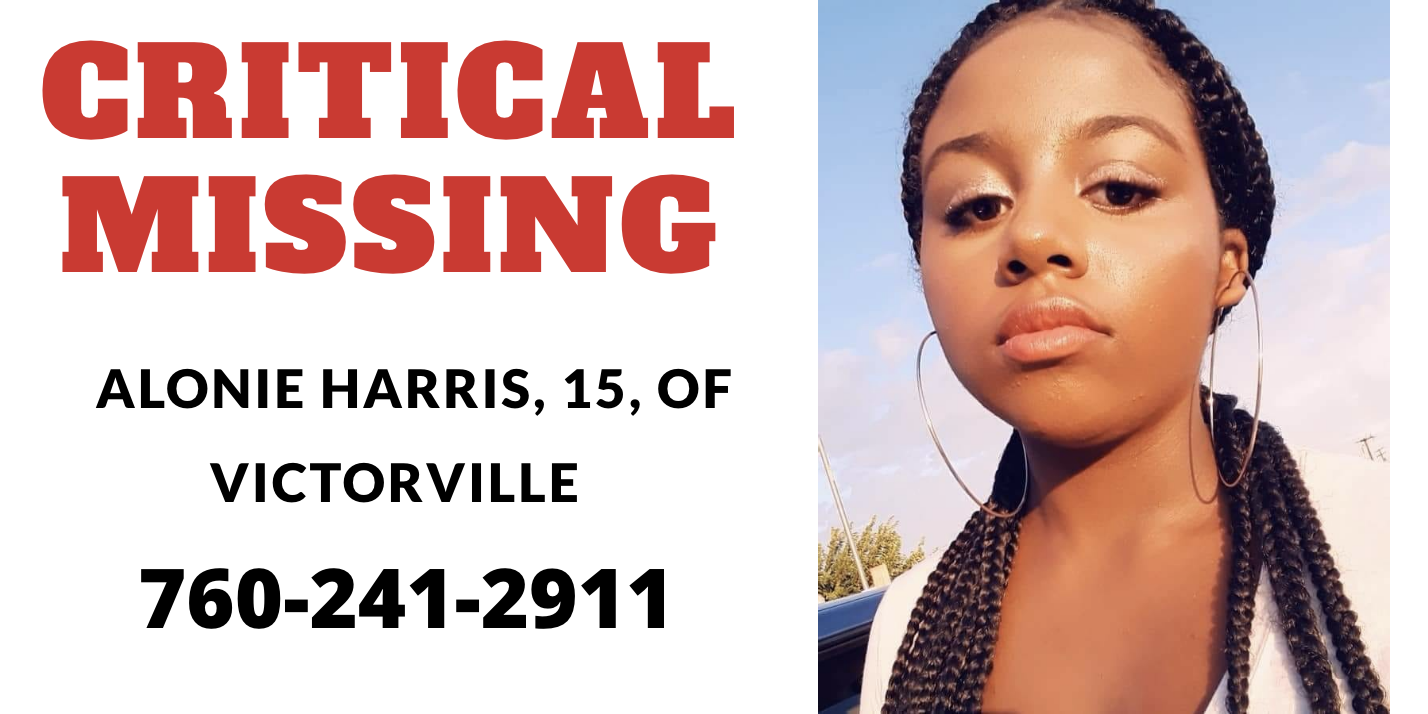 Update @1045 am – The runaway teen has been safely located family confirmed. Thank you for sharing.

Alonie Harris was reported missing by her family on August 21, 2018. She was last seen by her family at their home in the 14600 block of Mesa Road, prior to her leaving for school that morning.

According to a sheriff’s news release, Alonie’s friends and staff at her school, located in the 14700 block of 7th Street in Victorville, last saw her at approximately 11:30 am. Attempts to locate Alonie by phone were unsuccessful. An extensive search by Victorville Police Department and family is on-going.

Alonie is 15-years-old, black female, approximately 5’6” and 150 pounds. She has black, shoulder-length hair and brown eyes. Alonie wears glasses and was last seen wearing a white crop top with a rainbow on it, ripped blue jeans, and carrying a pink backpack.

Anyone with information about Alonie’s whereabouts is asked to contact the Victorville Police Department at (760) 241-2911 or Sheriff’s Dispatch at (760) 956-5001. Callers wishing to remain anonymous are urged to call the We-Tip Hotline at 1-800-78CRIME (27463) or you may leave information on the We-Tip website at www.wetip.com.

Man shot and killed at apartment complex in Apple Valley