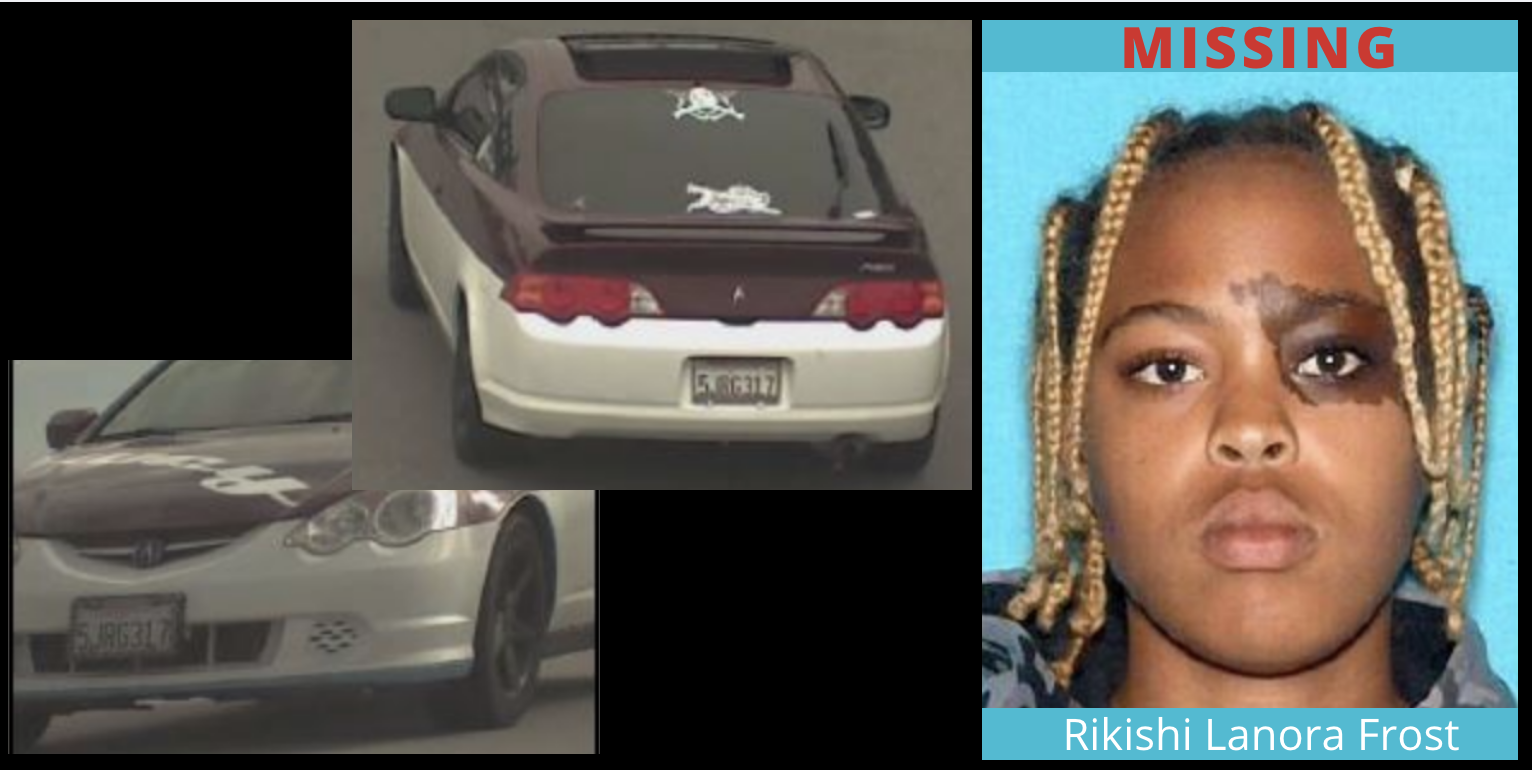 UPDATE 8:35 PM – Rikishi Frost and her vehicle were found on Third and E Street in Victorville. The family posted in Victor Valley News Group that she was found safe and thanked everyone for their help and prayers.

Rikishi Lanora Frost was last seen on August 7, 2019, when she left her home on Yucca Avenue in Victorville at approximately 10:45 am.

According to a sheriff’s news release, she drove away in her 2004 Acura and did not give any indication to where she was going.

“She left her infant child behind and has not been in contact with her family. Her cell phone has been disconnected,” stated the release.

Frost is 5’7” tall and approximately 140 lbs. She has a dark-colored birthmark on her left eye. And was last seen wearing a black hooded sweatshirt, black pants with white stripes, and red Adidas shoes.

The vehicle she was driving is a 2004, 2-door Acura coupe, CA license plate number 5JRG317. It is white on the bottom and burgundy on the top, with the word “sway” on the hood.

Anyone with information on the whereabouts of Rikishi Lanora Frost, or about this investigation is asked to contact Deputy M. Forsberg at the Victorville Police Department at (760) 241-2911 or Sheriff’s Dispatch at (760) 956-5001.