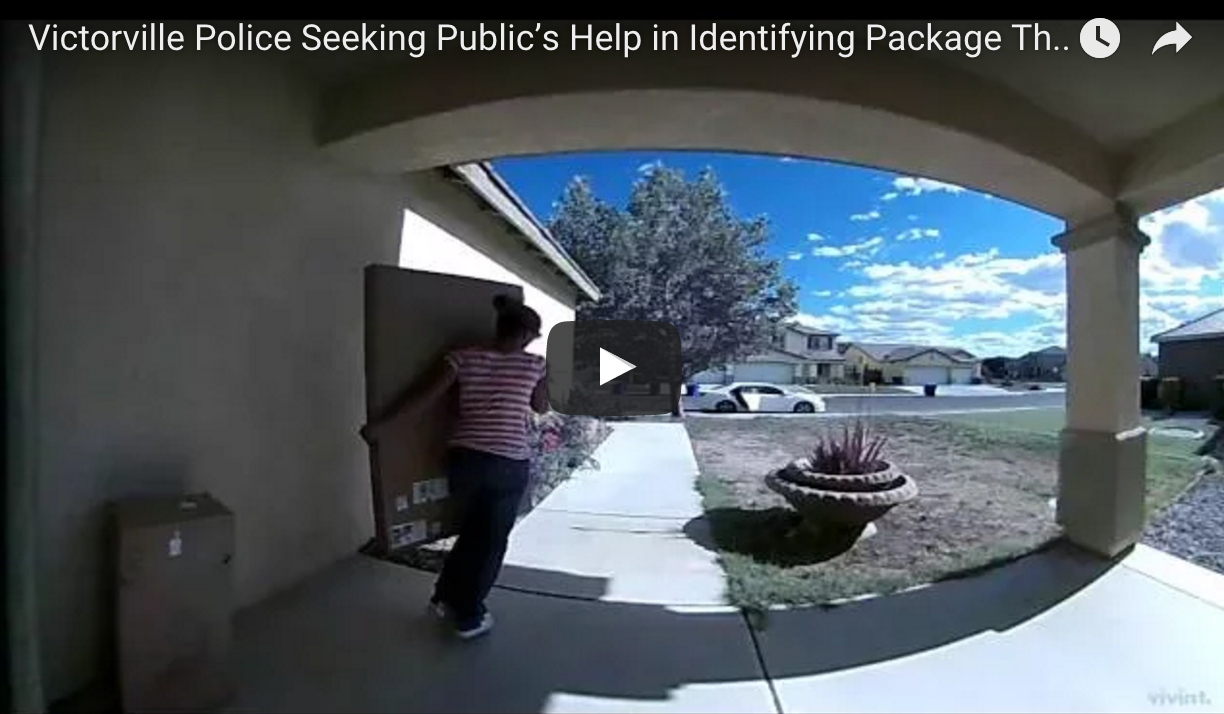 VICTORVILLE-(VVNG.com):  A woman was captured on home surveillance footage stealing packages from the porch of a home on the 13000 block of Finch Road authorities said.

On May 15, 2016, at around 4:25 p.m. the suspect described as a white woman in her late 20’s to 30’s parked a white four-door sedan in front of the residence, walked to the front door and picked up delivered packages.

The approximately 120-pound woman, with light brown hair placed the packages in her vehicle and fled the scene. Victorville deputies are seeking the public’s help to identify the suspect.

“The public is reminded if you are having packages delivered to your residence, ask a neighbor to watch out for the delivery and keep it safe,” said Victorville Sheriff’s station officials in the May 19, 2016, release. “The public is also reminded if you see something or someone out of the ordinary in your neighborhood, say something.”