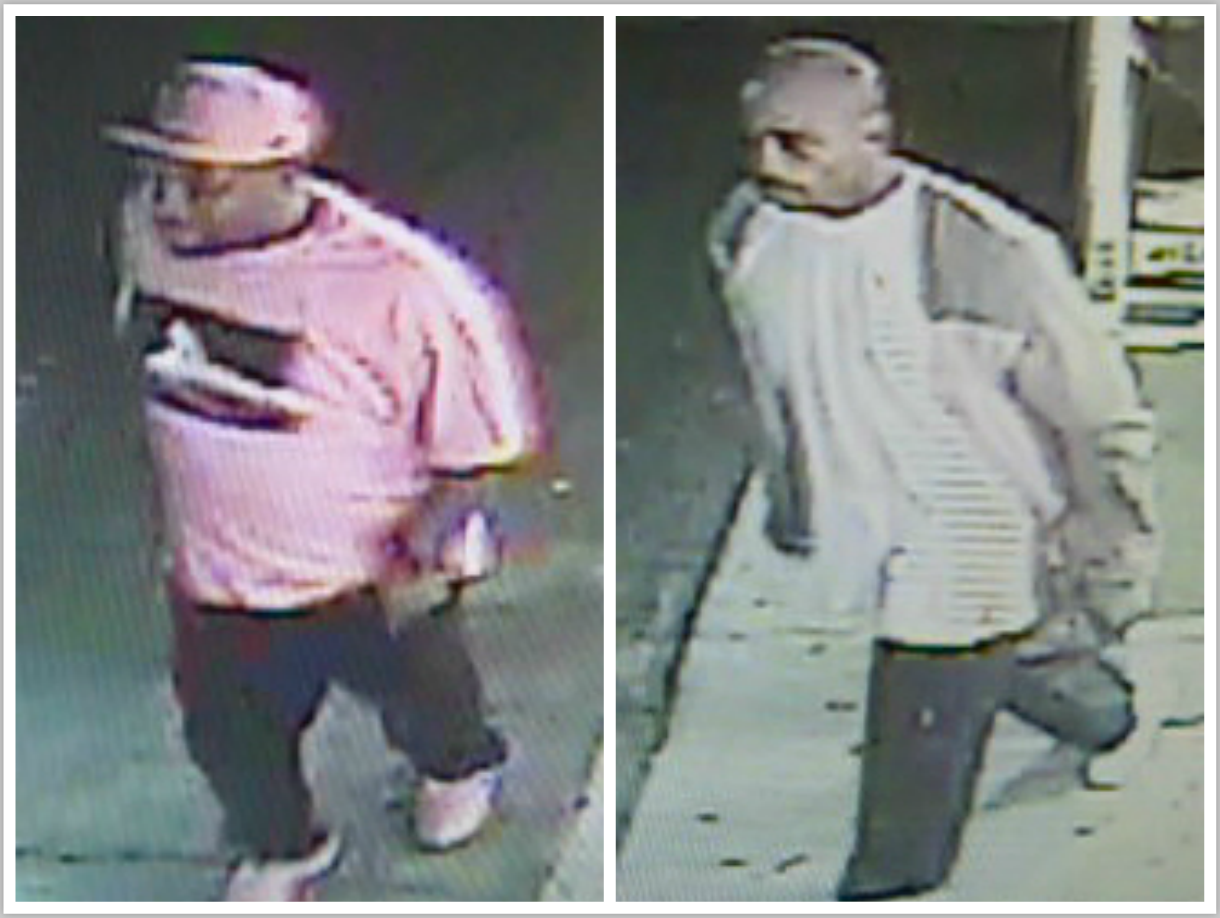 VICTORVILLE: Detectives from the Victorville Police Department are seeking assistance in identifying two 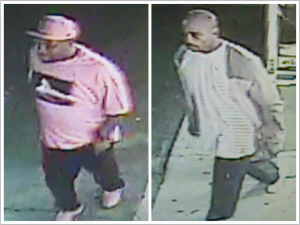 suspects involved in a felony assault that occurred at the Tacos Mexico Restaurant located at 14876 Bear Valley rd., on April 06, 2013. The suspects were involved in a verbal altercation with two other men while in the parking lot of the restaurant. The altercation turned into a physical fight that resulted in the stabbing of two victims. Both victims had to be transported by ambulance to Arrowhead Regional Medical Center for their injuries.

Suspect one was described as a black male about 35 years of age, bald, approximately 6’05” tall weighing around 200 lbs. He is shown wearing a white and grey jacket and blue jeans.

Suspect two was described as a black male about 30 years of age, approximately 5’09” tall, weighing approximately 230 lbs. He is shown wearing a red shirt, blue jeans, and a red baseball hat. Suspects were seen fleeing the scene in a black Chevrolet sedan with Texas license plates.

Anyone with additional information regarding this incident is encouraged to contact Detective Solorio of the Victorville Detectives Bureau at (760)241-2911 or contact the We-Tip hotline at 800-78-CRIME (800-782-7463). We-TIP on-line tips can be submitted at https://wetip.com/.