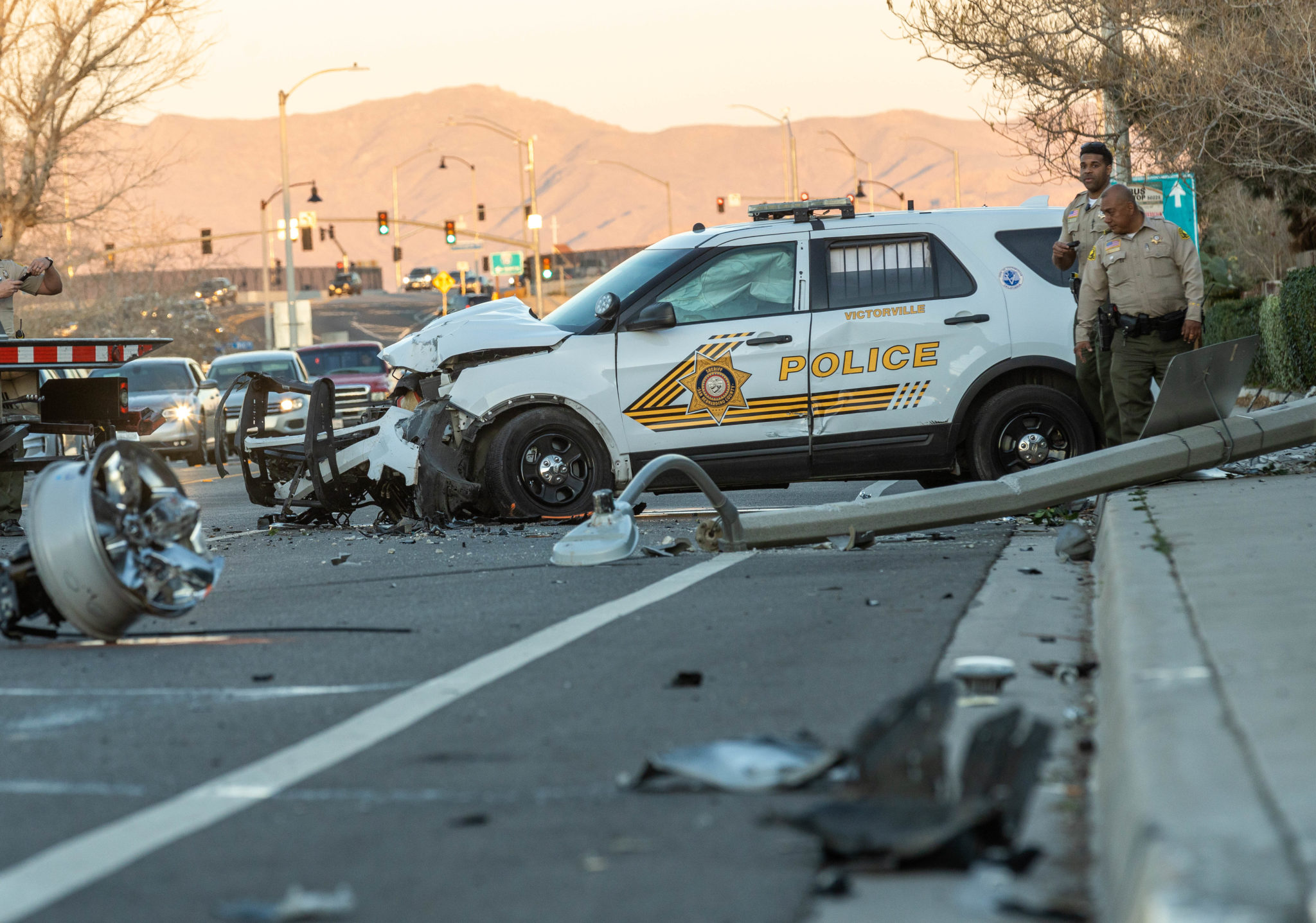 VICTORVILLE, Calif. (VVNG.com) A Victorville Police Deputy was involved in a multi-vehicle crash this afternoon just before 5 p.m.

The crash happened at the intersection of La Mesa Road and King Canyon Road on February 25, 2020, and involved the deputy patrol cruiser, a white Mercedes-Benz and a gray Dodge Ram pickup truck.

The Victorville Fire Department and AMR responded to the scene and assessed the injured occupants.

The male driver of the Dodge Ram and his female passenger complained of pain, but declined medical transportation by ambulance.

A 17-year-old male driver of the Mercedes, and the deputy driving the cruiser sustained non-life threatening injuries and did not require ambulatory services.

According to witness statements, the Victorville Deputy was traveling eastbound on La Mesa Road and collided with the gray SUV that was turning left onto King Canyon Road from westbound La Mesa Road.

The driver of Mercedes was in the northbound lanes of King Canyon Road waiting to turn left onto westbound La Mesa Road when the crash happened.

“The crash happened so fast, before I knew it the truck had spun around and hit my car,” the 17-year student stated.

Noemi Sanchez, a nearby resident, said she heard the crash and ran to help.

“I live at the corner house, and I always hear cars screeching and hearing what sounds like near-misses. But this one sounded bad. I’m glad everyone is going to be ok,” Noemi told VVNG.

San Bernardino County Sheriff’s Spokeswoman Jodi Miller said there was nothing in the call history to suggest the deputy was en route to another call.

The cause of the crash was not immediately determined.