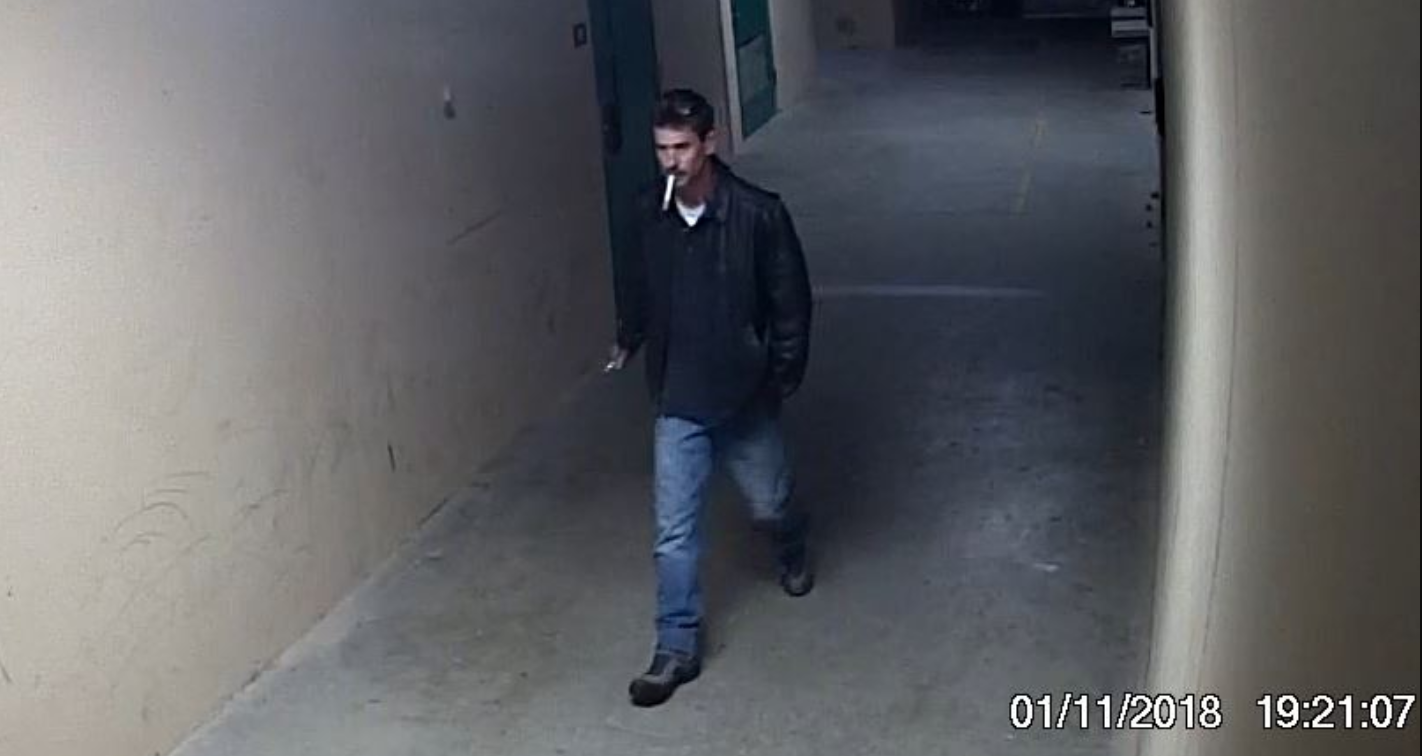 VICTORVILLE, Calif. (VVNG.com) – Authorities are releasing the photo of a suspect wanted for grand theft after breaking into a vehicle and stealing the owner’s property.

It happened on January 11, 2018, when the victim parked his vehicle in a parking lot at Victor Valley High School and returned to find his property missing.

The following day, Deputy A. Jackson responded to the school to take the report from the victim.

“A review of campus video surveillance revealed an unknown male getting into the car at approximately 7:20pm and exiting with the stolen property. Among the property stolen was computer equipment belonging to the school, valued at over $6000.00,” officials said in a news release.

The Victorville Police Department is requesting the public’s assistance in identifying the man in the video. The suspect is described as a white or Hispanic adult male with a mustache, wearing a black jacket and shirt, and blue jeans.

Anyone with information about this investigation is asked to contact Deputy A. Jackson at the Victorville Police Department, (760) 241-2911. Callers wishing to remain anonymous are urged to call the We-Tip Hotline at 1-800-78CRIME (27463) or you may leave information on the We-Tip website at www.wetip.com.