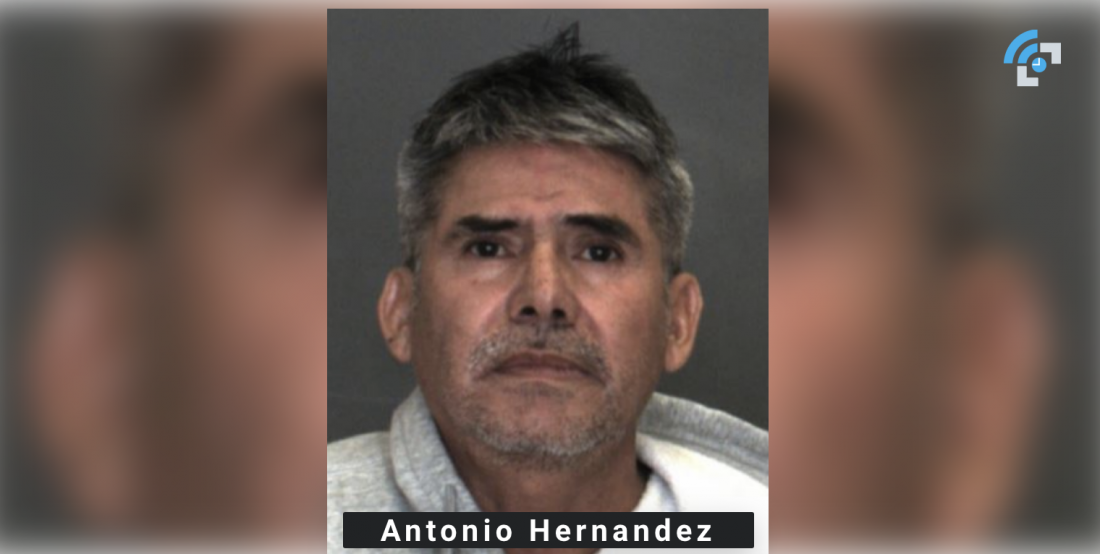 VICTORVILLE, Calif. (VVNG.com) — A 54-year-old Lynwood man was arrested by Victorville deputies after allegedly sending pornographic messages and videos in an attempt to seduce a 17-year-old female, officials said.

On April 27, 2020, deputies from the Victorville Police Department responded to a call of a 17-year old female who had been receiving pornographic messages and videos from an older male she knew.

According to a sheriff’s news release, “deputies investigating the claim obtained evidence to support the allegations.”

A Ramey Warrant was authored and issued for the arrest of Antonio Hernandez and on May 1, 2020, Victorville’s Gang Enforcement Unit arrested Hernandez at his home in Los Angeles County.

He was taken into custody without incident and booked at High Desert Detention Center. He was booked on charges for sending harmful matter to seduce a minor, possession of obscene sexual matter, and annoying/molesting a victim under 18. He is being held without bail and is scheduled to appear in Victorville Superior Court on May 5, 2020.

Sheriff’s officials said a photograph of Hernandez is being released, as it is believed there may be other victims that have not yet come forward.