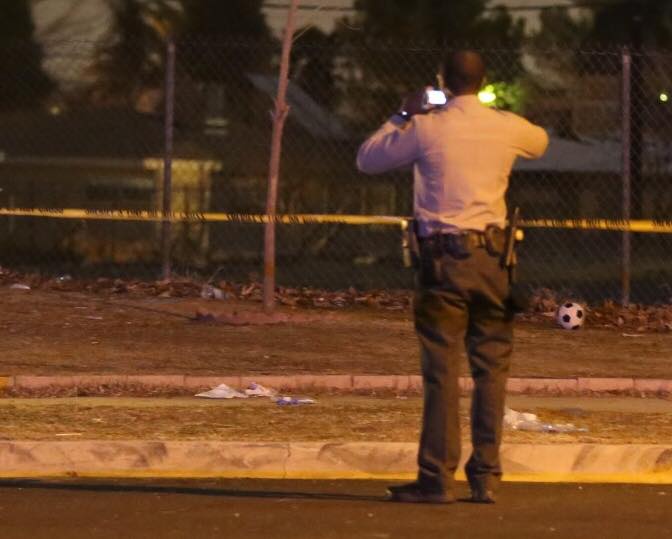 VICTORVILLE-(VVNG.com): On Saturday, January 3rd, a local law enforcement officer was transported to an area hospital for a leg injury after being struck by a vehicle during a foot pursuit. The foot pursuit was initiated after the officer stopped to conduct a check on two pedestrians who ran upon contact.

The officer pursued the pedestrians and shortly before 9:00 p.m. was struck by a female driver in white four door compact car in the area of La Paz Drive and Pamela Street.

A male subject was detained at a nearby Budget Inn, the second pedestrian was also later detained, but the driver of the vehicle that hit the officer is still at large at this time. There is no further information about the current condition of the officer, but his injuries are believed to be non-life-threatening. There is also no information at this time to what charges the suspects are facing at this time. Information will be updated as it is received.

If you witnessed this incident or have any information to help lead authorities to the driver you are asked to contact the Victorville Sheriff’s Station at (760) 241-2911.

Pedestrian Hit by a Vehicle in Lucerne Valley