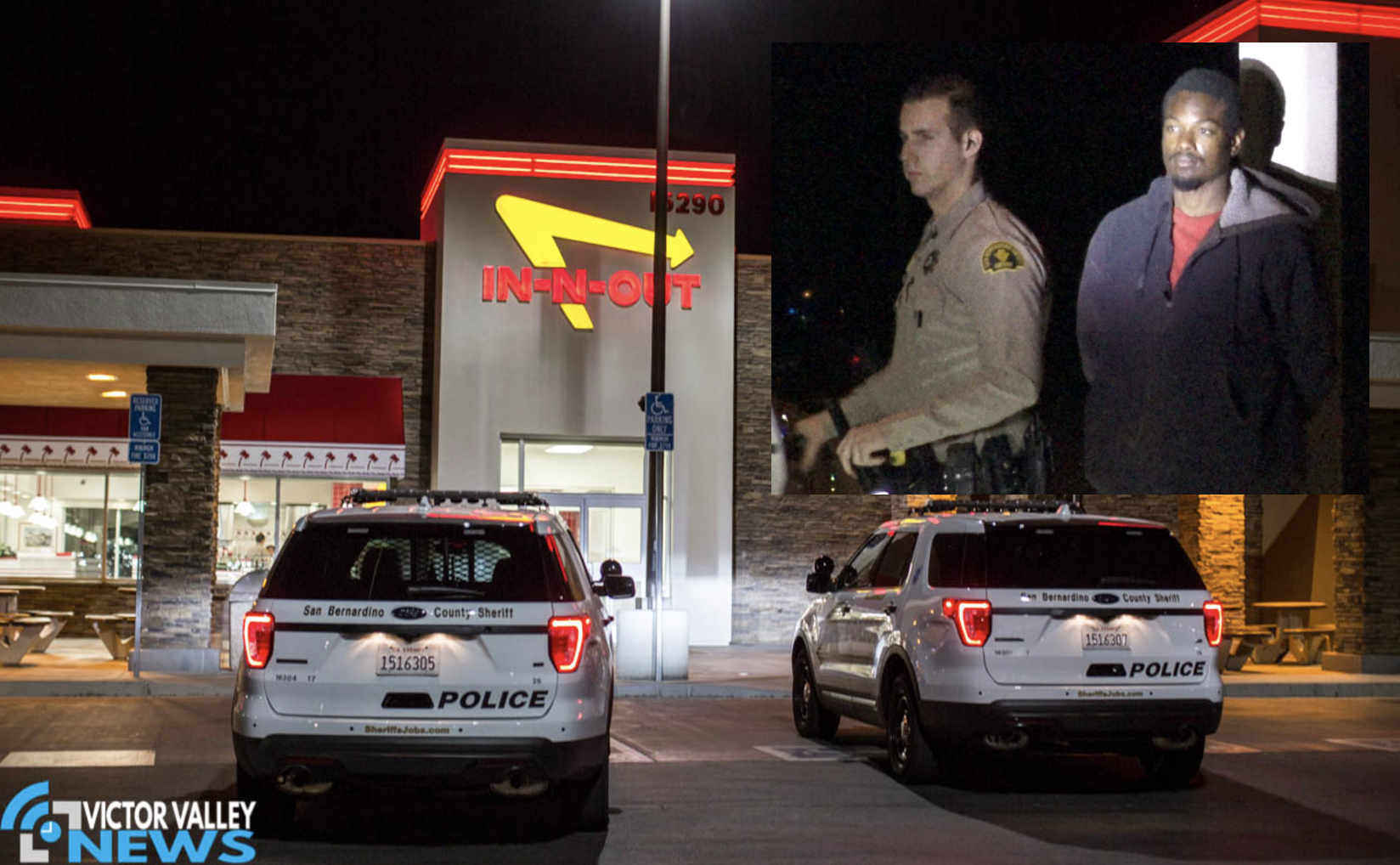 UPDATE: The suspect has been identified as 25-year-old Vontrell Lamarr Wynn a transient from Victorville.

VICTORVILLE, Calif. (VVNG.com) A robber held up a popular burger joint at gunpoint and made off with cash, but was apprehended shortly after.

Just after 1:00 a.m. Thursday morning, a customer ordering from the drive-thru window of the In-N-Out Burger at 15290 Civic Drive reported the robbery in progress.

The caller told Sheriff’s Dispatch that a black male adult armed with a hand gun entered the eatery and ordered the employees to lift their hands up.

The robber made off with an undisclosed amount of cash after he began counting down in an attempt to frighten the employees.

Deputies located the cash ditched by the suspect under a bush at a nearby gas station and moments later located a person matching the description of the robber.

The man, identified as Vontrell Wynn, was detained on Plaza Drive behind the Food 4 Less shopping center and was then identified by employees to be the alleged robbery suspect.

Sheriff’s officials said Wynn is a transient in the local area.

No employees or customers were injured during the incident. The Victorville Police Department is handling the investigation.

Vontrell Wynn was booked at the High Desert Detention Center for Robbery and a warrant for Possession of Narcotics Paraphernalia. The total bail amount is set at $125,000.

Anyone with information is urged to contact the Victorville Station at (760)241-2911. Callers wishing to remain anonymous are urged to call the We-tip Hotline at 1-800-78-CRIME (27463) or you may leave information on the We-Tip Hotline at www.wetip.com.