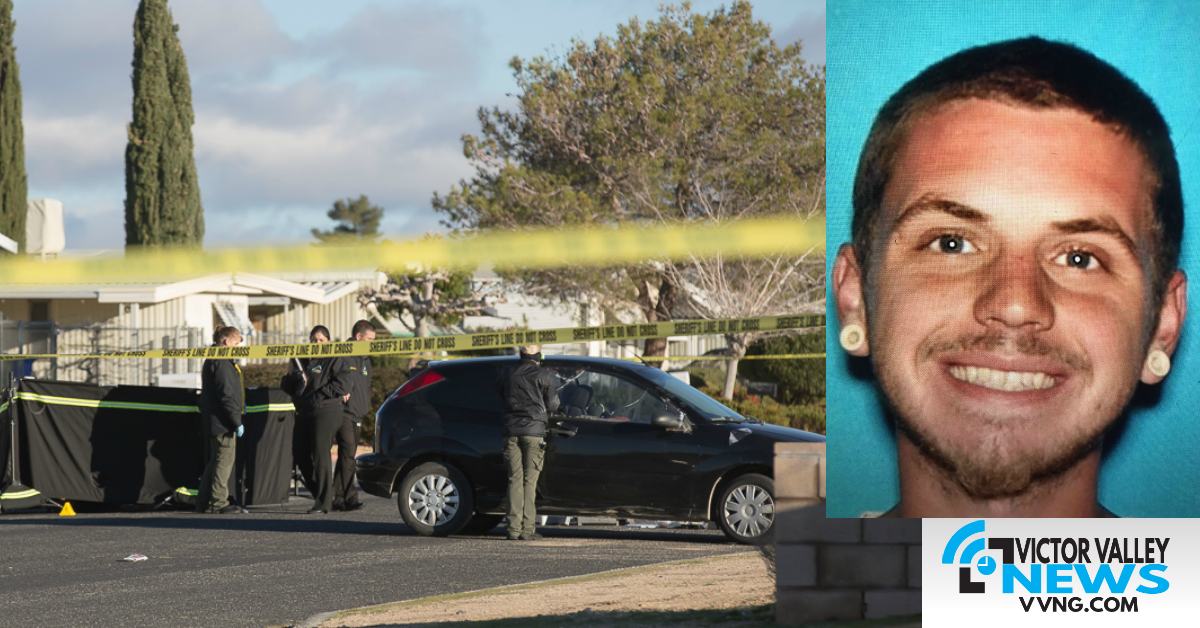 Upon arrival, deputies located the victim, later identified as 43-year-old Roman Robert Clemente, of Apple Valley, lying in the roadway dead from a gunshot wound.

Witnesses reported hearing an altercation prior to the shooting. Authorities issued a BOLO for a white Ford pickup truck with the words “West Coast Performance,” that was witnessed leaving the scene of the crime.

Murder suspect, Austin Lembcke, depicted in this facebook picture smoking an unknown substance. He is wanted in connection for the murder of Ramon Clemente of Victorville, California. (Facebook)

Through investigation, Homicide Investigators identified Austin Lembcke as a suspect in the murder of Roman Clemente.

The company released a statement saying, “we at West Coast Fleet are deeply saddened by the loss of life that happened in our community.”

An arrest warrant for Austin Lembcke has been issued in connection with the murder of Celemente. Homicide Investigators are releasing a photo of Austin Lembcke and asking the public for assistance in locating him.

Anyone with information regarding the whereabouts of Austin Lembcke is asked to call Sheriff’s Dispatch at (760) 956-5001; or Detective Brian Chambers or Sergeant Jason Radeleff, Homicide Detail (909) 387-3589. Callers wishing to remain anonymous are urged to call the We-Tip Hotline at 1-800-78-CRIME (27463), or you may leave information on the We-Tip Hotline at www.wetip.com.

3 in Custody After Stolen Vehicle Pursuit in Victorville