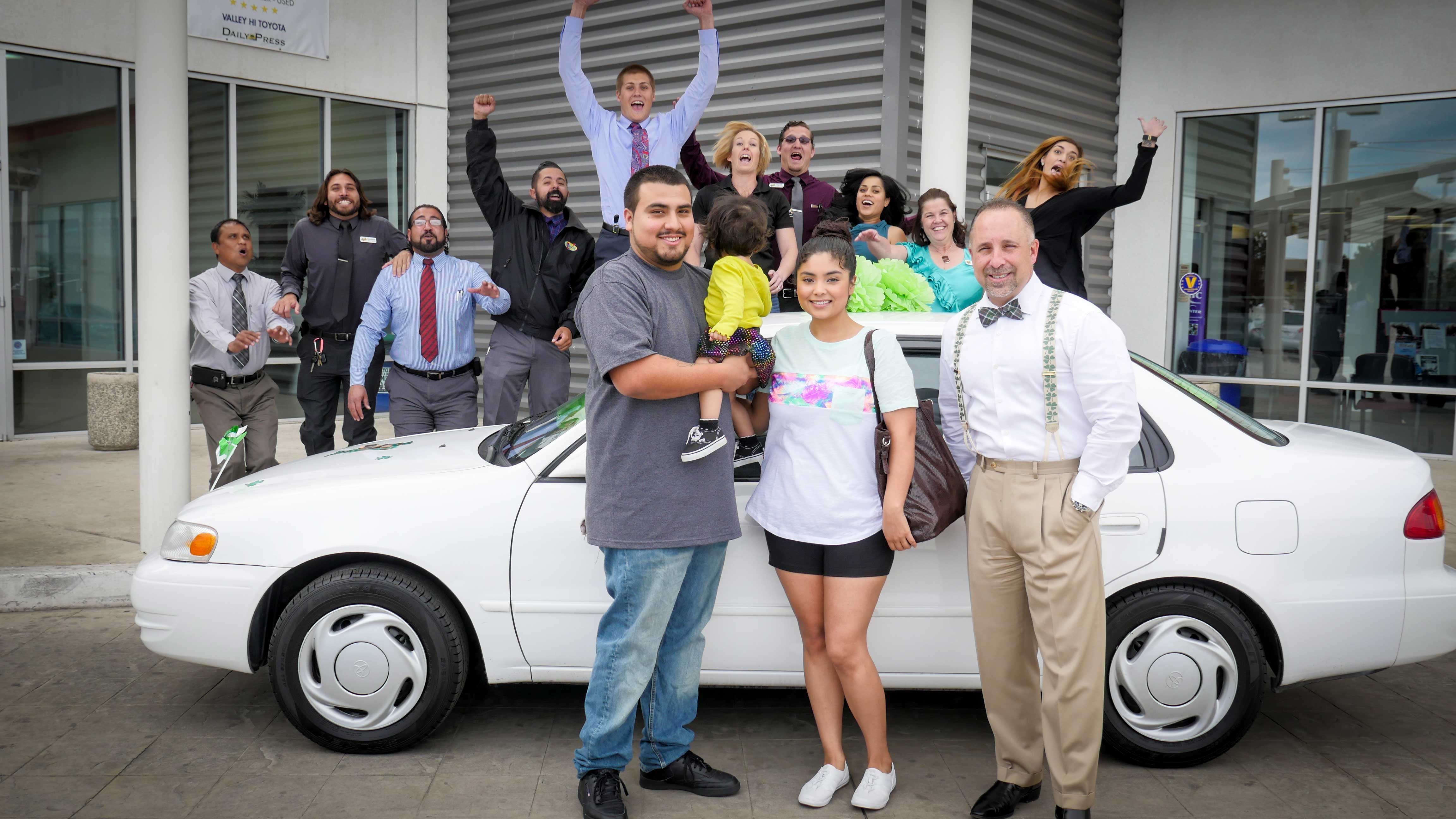 VICTORVILLE:(VVNG.com)- March 17th may be just be St Patrick’s Day for a lot of people, but for the young Reyes family it was the luckiest day of 2015.

Gloria Reyes of Victorville was one of the finalists for Valley HI Toyota’s Used Car Giveaway number 8.

General Manager Todd Stokes announced on Friday the 13th in an email sent out to over 2000 entrants that they would automatically be finalists just by responding to that email. Gloria quickly replied within an hour after reading it.

On Monday, Valley HI Toyota streamed the announcement live on their website at 4pm. Social Media Manager, Brian Ortega built up anticipation as over 300 people tuned in for the live stream (https://www.valleyhitoyota.com/live.htm).

“We wanted to try something different for the announcement of the winner. Creating buzz about a car giveaway is important to us. It’s fun to try new ways to make the announcement. I’m no Ryan Seacrest, and I was tempted to say the winner, after the break.”

Surprisingly, Gloria was one of the people anticipating the randomly selected winner. “My son was questioning me about it- who is this guy? I said, well, we might win a car,” said Gloria Reyes during her interview. Damien was more concerned about scoring some candy rather than celebrating his new car. Husband Jose works in Ontario, which leaves Gloria to take care of her small children without any transportation. Winning the Corolla opens up opportunities of her going back to school and working.

Valley HI Toyota began a string of car giveaways starting April 2014, but goes back to 2009. Giving back to the community is what it’s all about. Hundreds responded with moving explanations of why they need this vehicle. The computer randomly selected an email based on the over 800 entrants that responded to a video email that was sent out on Friday the 13th (https://valleyhitoyota.wistia.com/medias/eswp94nz6y).

Brian Ortega explains, “It makes it easier to pitch contests and giveaways when we gain more traction on Social Media. The more likes, the likelihood another car will be given away.” Right now, there are no immediate plans to offer another car as baseball season approaches. 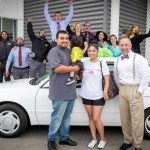 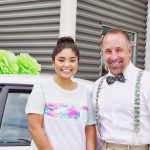 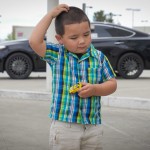