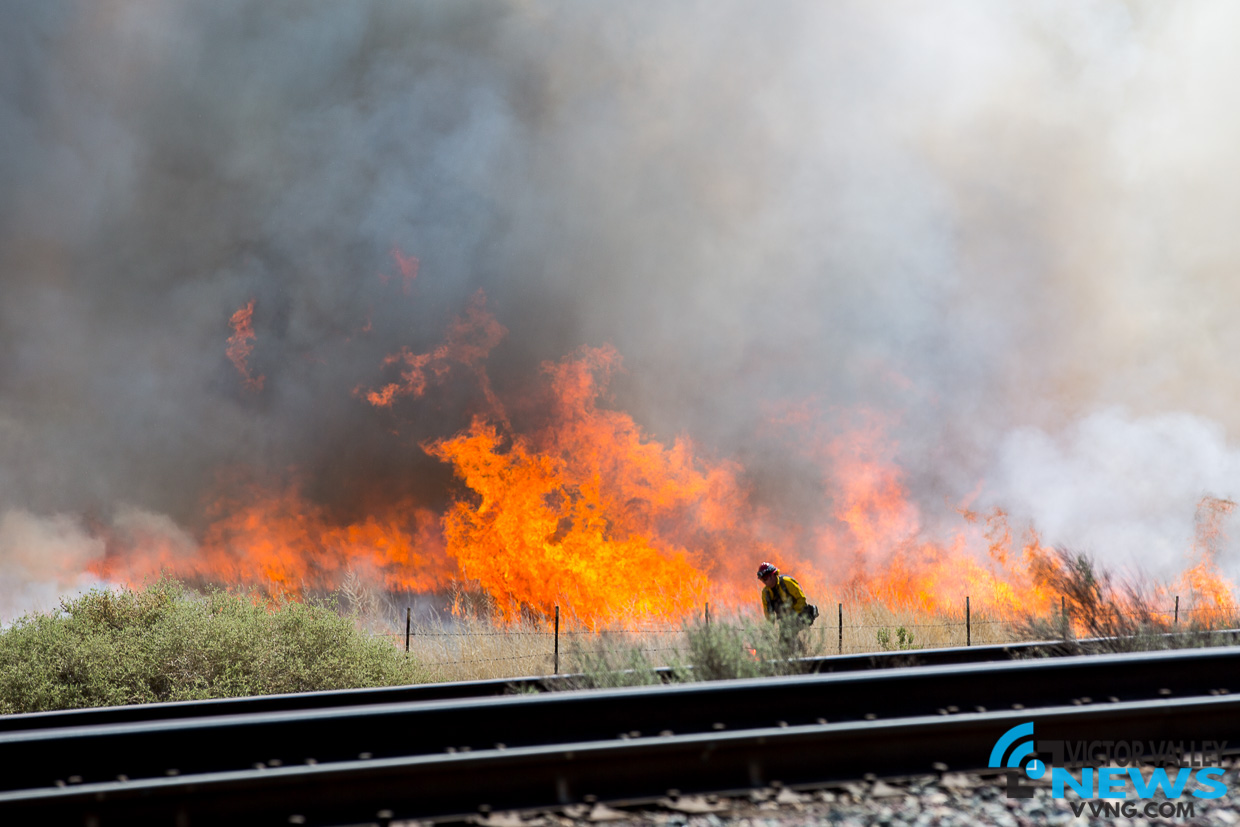 San Bernardino County Fire Department personnel responded around 11 a.m. to reports of a large fire and a witness reporting a man fleeing the scene on foot.

The fire quickly grew to over 5 acres. BNSF Railway responded to the location and temporarily stopped all trains from traveling through the area.

The Sheriff’s helicopter located the suspect and was able to track the man’s every move. Deputies began a foot pursuit, and as the suspect was running he was attempting to start other fires.

The sheriff’s helicopter was able to hover over the man and use the gust of the rotors to prevent the man from starting additional fires.

A deputy required medical assistance and was transported to a hospital for unknown reasons.

The suspect was apprehended by deputies and evaluated by EMT’s before being arrested.