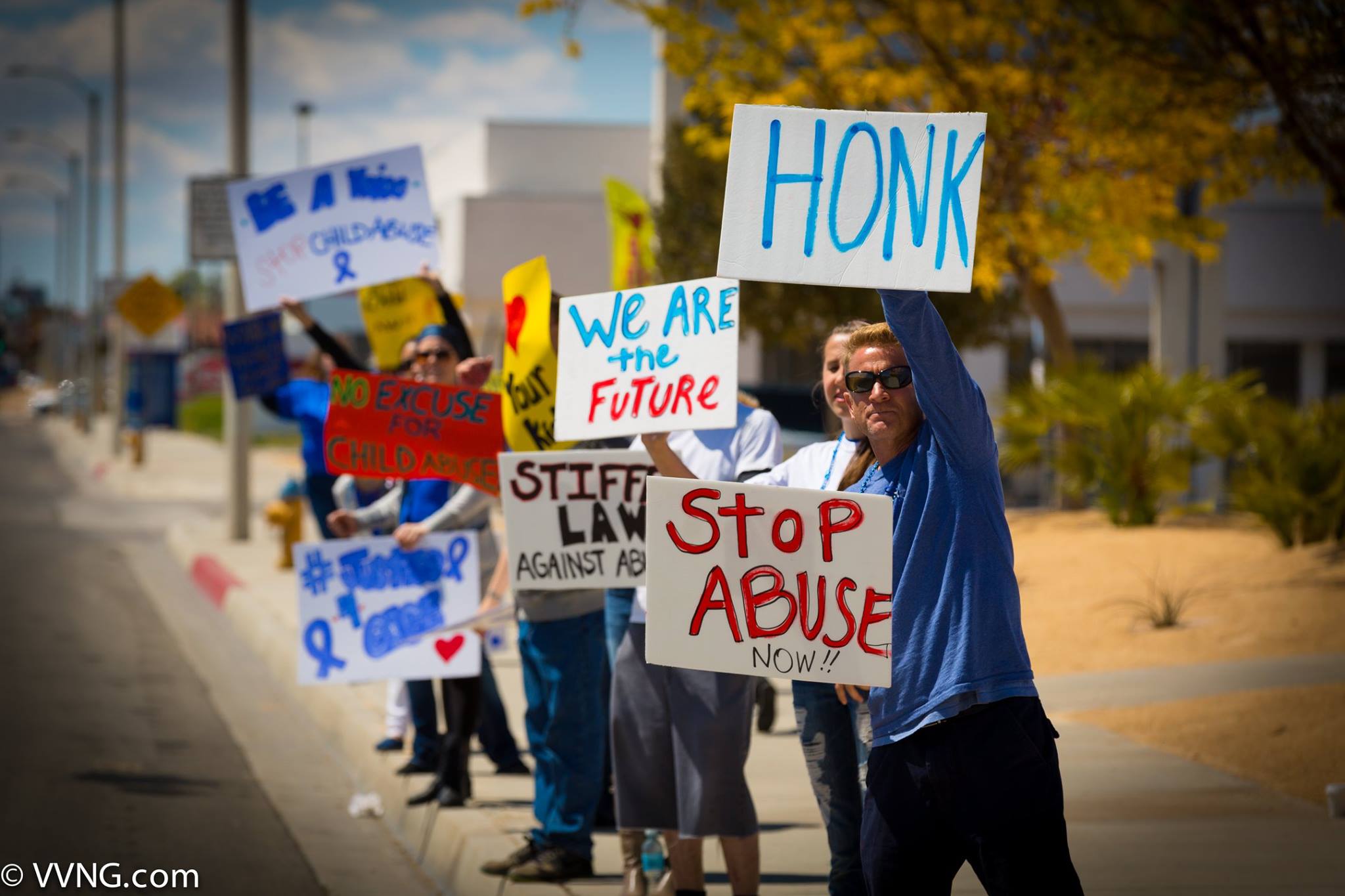 The residents of the Victor Valley gathered together Saturday afternoon for what is known as the “Million March Against Child Abuse” – an effort to raise awareness and become a voice for the millions of children who suffer through child abuse everyday.

Those who gathered were there to offer support and encouragement in an all to familiar phenomenon to millions of children worldwide.

Join us in this movement to bring awareness to child abuse. Every child deserves a voice. Please join our Facebook group “VVNG” with over 30,000 members for future announcements.