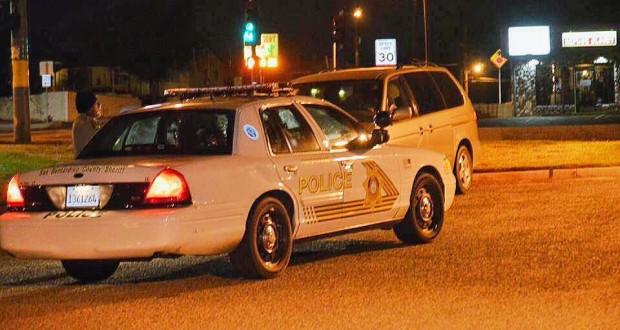 VICTORVILLE-(VVNG.com): At about 5:20 p.m. on Wednesday evening Victorville deputies were dispatched to the 15200 block of 7th Street at the Mexican Country Cafe for an armed robbery.

Per scanner traffic, the suspect was described as a black male adult, thin build with tattoos on his chest and face. Witnesses believe he fired a shot, but did not hit anyone. Deputies on scene located a shell casing, believed to be from a .22 or .25 caliber pistol.

The suspect was last seen wearing a dark baseball hat, blue jackets, jeans a white shirt and carrying a small black handgun fleeing on foot. The story is still developing at this time, as of 6:00 p.m. no arrests have been made.