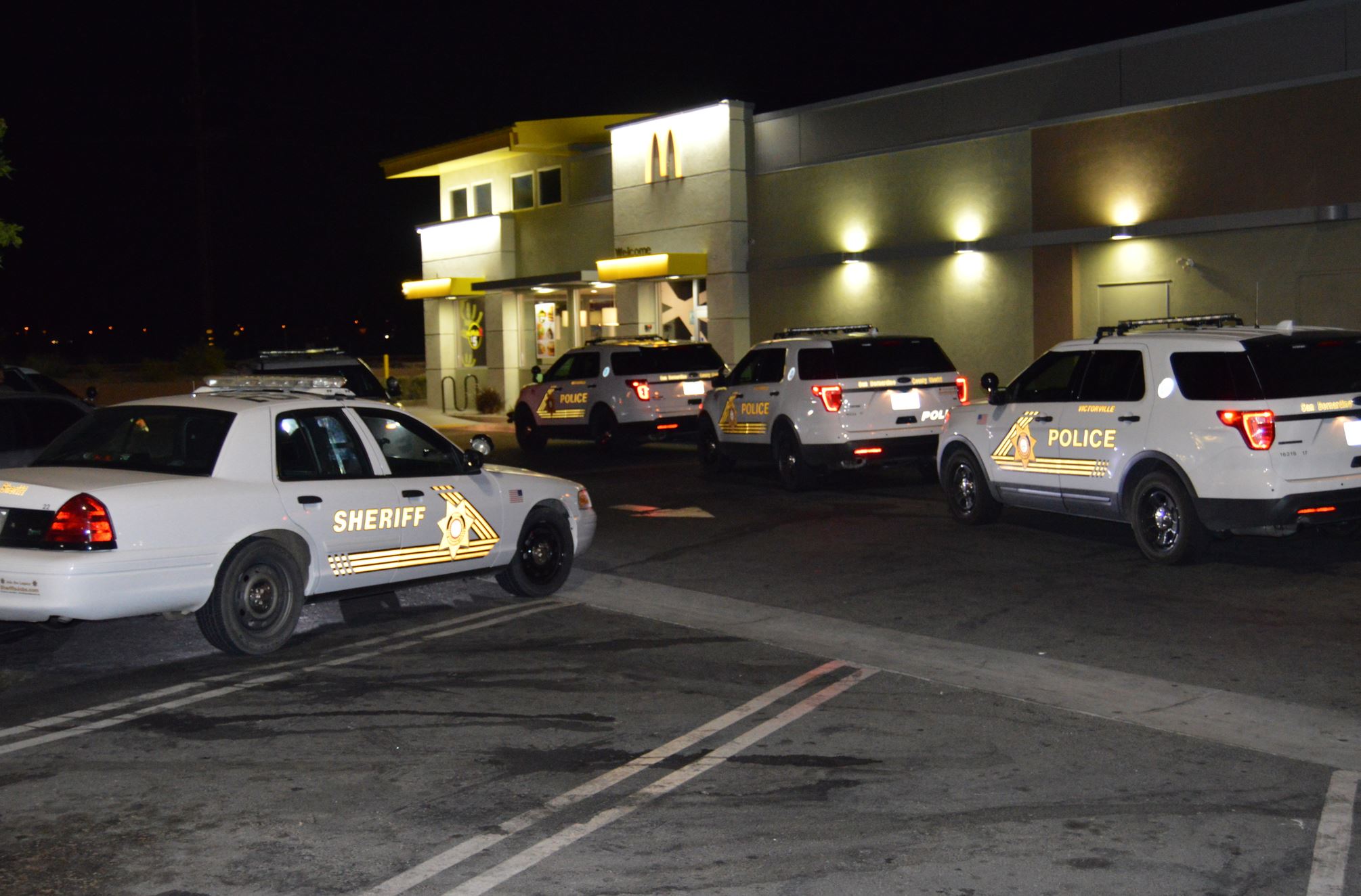 VICTORVILLE:(VVNG.com)- Police are searching for suspect(s) who robbed a McDonald’s at gunpoint. The robbery was reported at about 9:10 PM, on Wednesday, May 25, 2016.

Per scanner traffic, the suspect(s) entered the McDonald’s located at 12254 Palmdale Road in the Wal-Mart shopping center near Highway 395 and brandished a handgun.

The suspect vehicle is described as a four-door sedan, possibly a Honda Accord.

San Bernardino County Sheriff’s Helicopter 40King responded to the area to assist with the search for the armed suspect(s).

According to an anonymous source, the stores General Manager was assaulted by a suspect before having a gun drawn on him. The manager was not seriously injured and is expected to be “fine”.