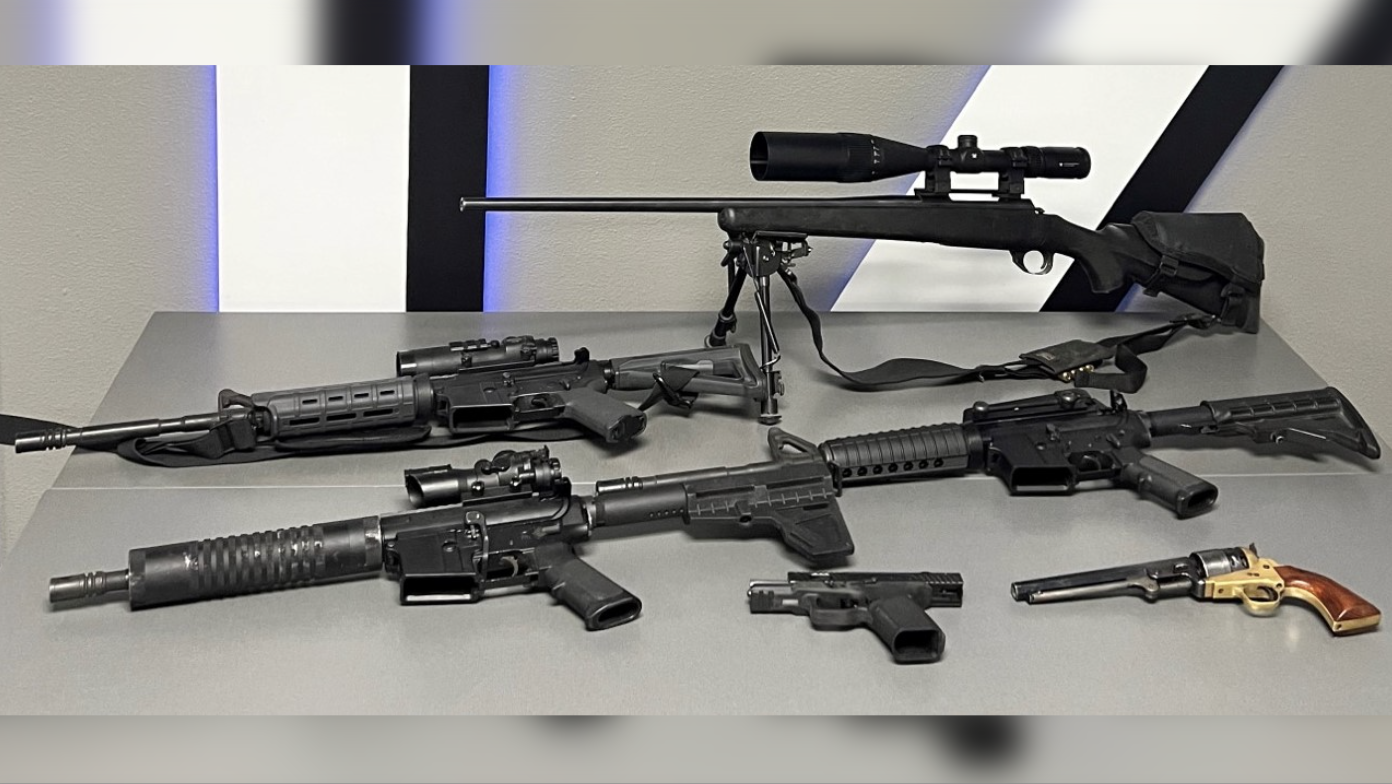 VICTORVILLE, Calif. (VVNG.com) — A 63-year-old suspect with several felony convictions was arrested after police found multiple un-serialized weapons inside his place of residence in Victorville.

On Sunday, December 11, 2022, at approximately 3:26 p.m., deputies from the Victorville Police Department were dispatched to an unknown problem at a residence in the 16000 block of Monaco Drive in Victorville.

Upon arrival, Deputy Leon contacted the involved parties, Richard McCullough and an 18-year-old female. He learned the two had been in a verbal argument and McCullough was in possession of firearms.

According to a sheriff’s news release, “a search of the residence resulted in the seizure of multiple un-serialized assault weapons, short barrel rifles, partial weapons, handguns, a large amount of ammunition, and drug paraphernalia.”

Additionally, McCullough had machines to load ammunition. Leon conducted a records check on McCullough which showed he had several felony convictions.

Leon arrested McCullough and booked him at the High Desert Detention Center.

Anyone with information regarding this incident is urged to contact the Victorville Police Department at 760-241-2911.  Callers wishing to remain anonymous should contact the We-Tip Hotline at 1-800-78-CRIME (27463) or go to www.wetip.com.