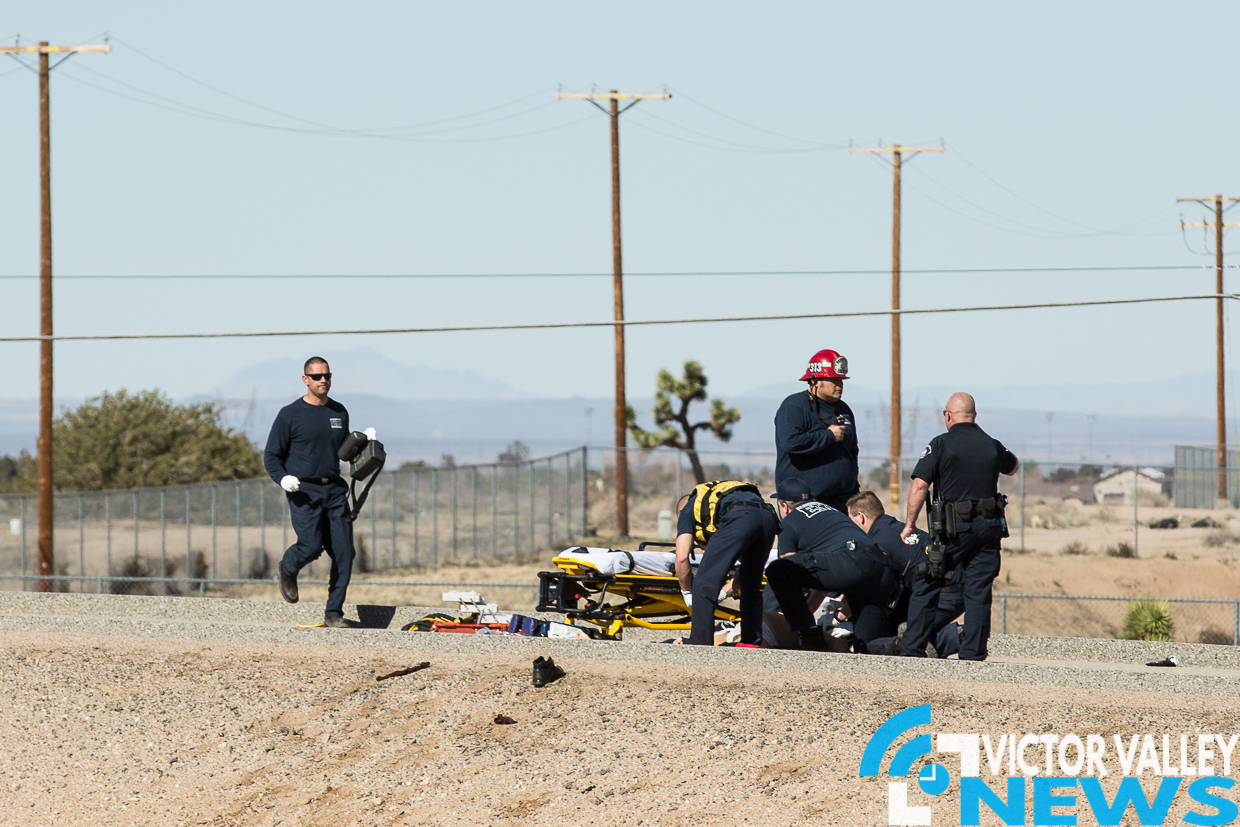 HESPERIA, Calif. (VVNG.com)- A 58-year-old Victorville man walking with his wife and dogs was pulled from the California Aqueduct after he fell in Tuesday afternoon.

At 12:55 p.m., we received reports of a man falling into the aqueduct near the area of Amargosa Road and I-15, stated Hesperia Sheriff’s spokeswoman Jackie Chambers.

Based on initial reports, the man and his wife were walking their dogs along the aqueduct when the man fell in. It appears one of the dogs may have fallen into the water and as the man attempted to get closer he slipped and fell into the aqueduct.

A deputy along with firefighters immediately made their way into the aqueduct and pulled the man from the water. CPR was performed on the victim at the scene.

“At all times eyes were maintained on the subject. He was pulled out of the water about a half mile down the aqueduct. At the time he was pulled out he was unresponsive,” said Chambers.

The man was transported by ground ambulance to a Desert Valley Hospital. “The man’s status is unknown at this time,” said Chambers.

The story is developing, and information will be updated as it becomes available.

[box type=”warning” align=”aligncenter” class=”” width=””]SAFETY MESSAGE: Always when walking down the aqueducts maintain a distance away from the edge, it is at a high slant so at any point you get on that slant you could slip and fall in.[/box]