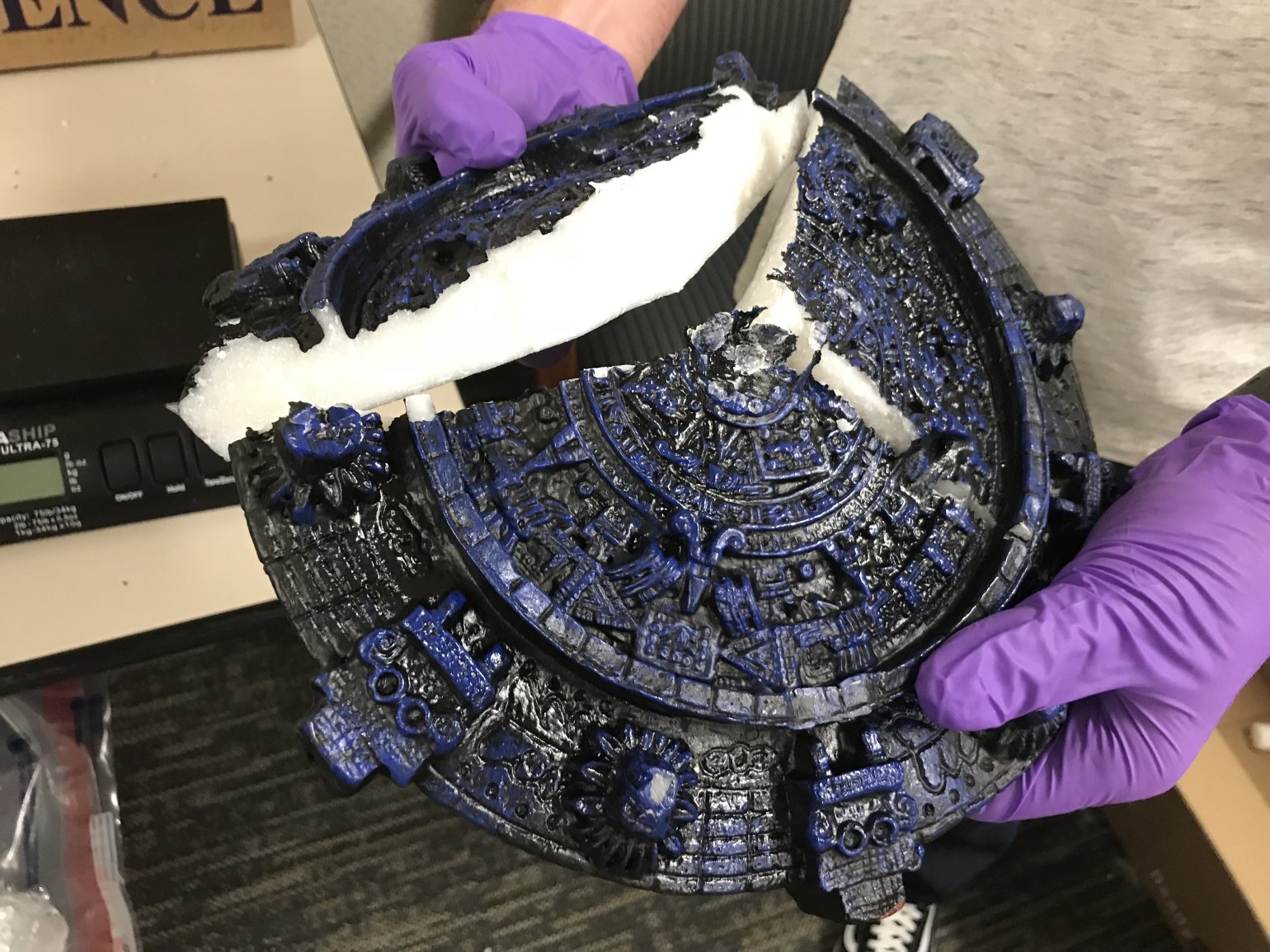 SANTA ANA, Calif. – Eight people, including a Victorville man, were arrested by federal authorities in connection with an alleged methamphetamine-trafficking ring disguised as Aztec artifacts shipped to Hawaii.

Prosecutors said the group, including a 9th defendant already in custody on an unrelated case, conspired to ship nearly 12 kilograms of pure meth to Hawaii from a Graden Grove post office on July 17th. “Those drugs were part of a nearly 90-pound shipment that appeared to be colorful, decorative Mexican items, including replicas of the 500-year-old Aztec calendar stone,” the U.S. Attorney’s Office said.

The indictment also alleges that members of the conspiracy, over the past year, sent to Hawaii a package containing about two pounds of methamphetamine and another with nearly five pounds of the drug.

All three of the narcotic shipments alleged in the indictment were intercepted by law enforcement.

The nine defendants named in the indictment are:

The eight defendants taken into custody this morning are expected to be arraigned on the indictment this afternoon in United States District Court in Santa Ana. If convicted of the charges in the indictment, each defendant would face a mandatory minimum sentence of at least five years in federal prison, and each potentially could be sentenced to decades in prison.

The matter is being investigated by the U.S. Immigration and Customs Enforcement’s Homeland Security Investigations, the Drug Enforcement Administration and the Cypress Police Department. 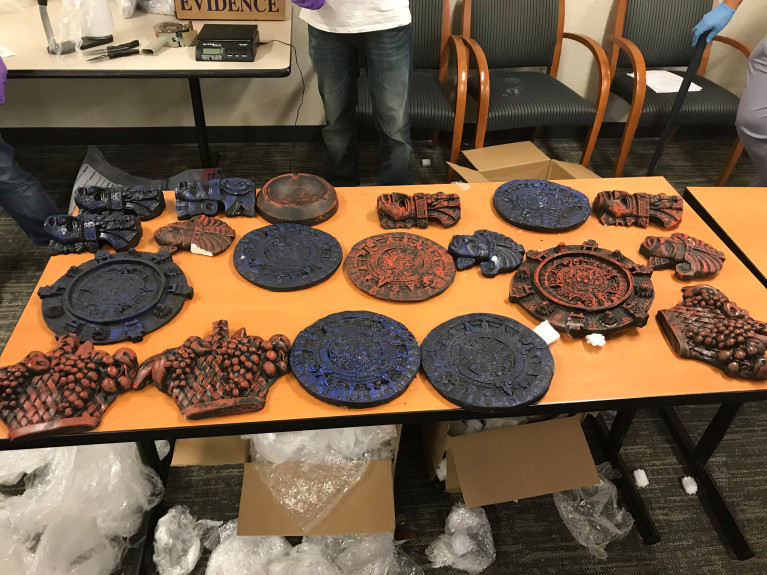 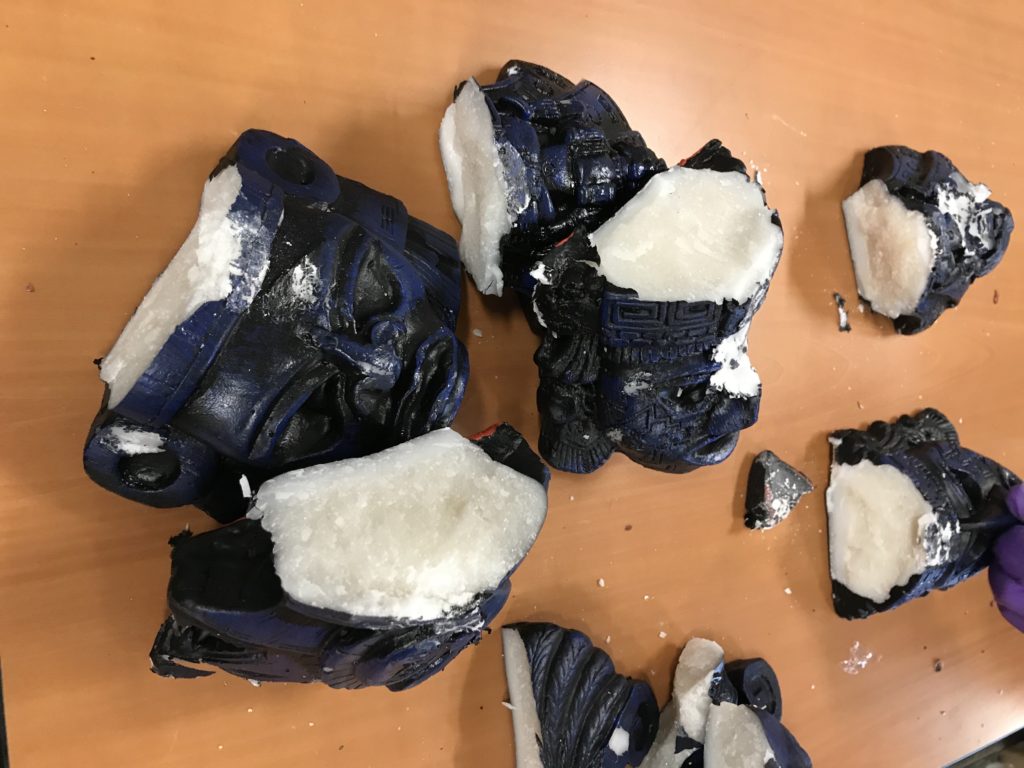