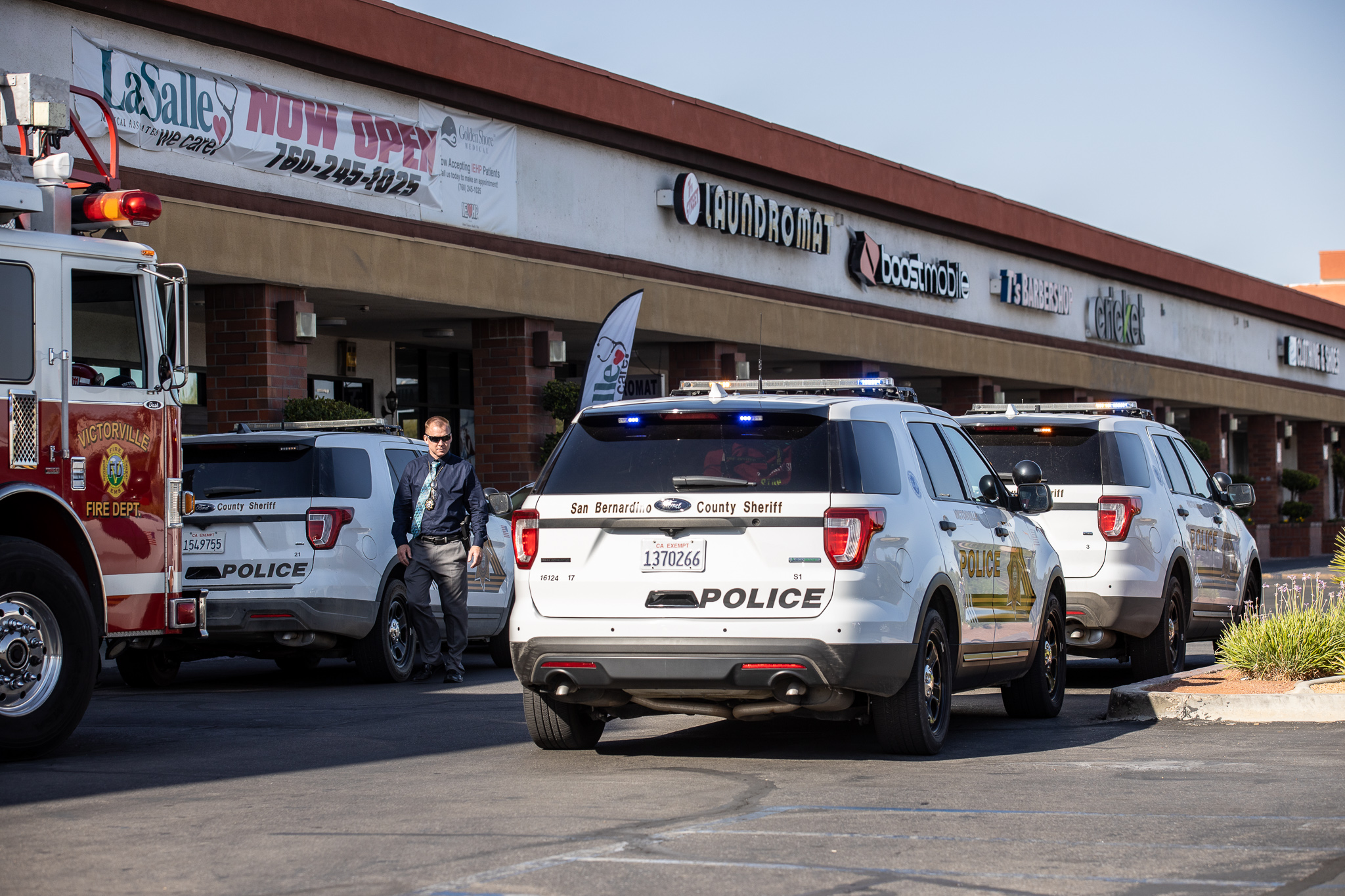 VICTORVILLE, Calif. (VVNG.com) — A 43-year-old suspect who stabbed another man with a cane-sword is being held on a $1 Million dollar bail.

It happened on September 23rd in a shopping center along the 14500 block of Seventh Street in Victorville.

Deputies arrived and found the victim bleeding near the front door of the LaSalle Medical clinic.

Firefighter-paramedics placed the victim into an AMR ambulance and transported him to the helipad at Victor Valley Global Medical Center and subsequently airlifted to a trauma center.

Sheriff’s spokeswoman Mara Rodriguez told VVNG the victim, a 55-year-old Victorville man, and the suspect identified as Frederick Clayton were involved an argument.

Rodriguez said that during the argument, Clayton stabbed the victim with a cane sword in the abdomen.

According to a witness, the argument was over $5.00.

The victim was transported to a nearby trauma center for treatment. His condition is not known but did not appear to be life-threatening.

Clayton was arrested and booked for attempted murder at High Desert Detention Center. He is charged with PC187(A) Attempted Murder and is scheduled for pre-preliminary arraignment in a Victorville courtroom on September 25th. His bail is set at $1 Million.

A swordstick or cane–sword is a cane containing a hidden blade.