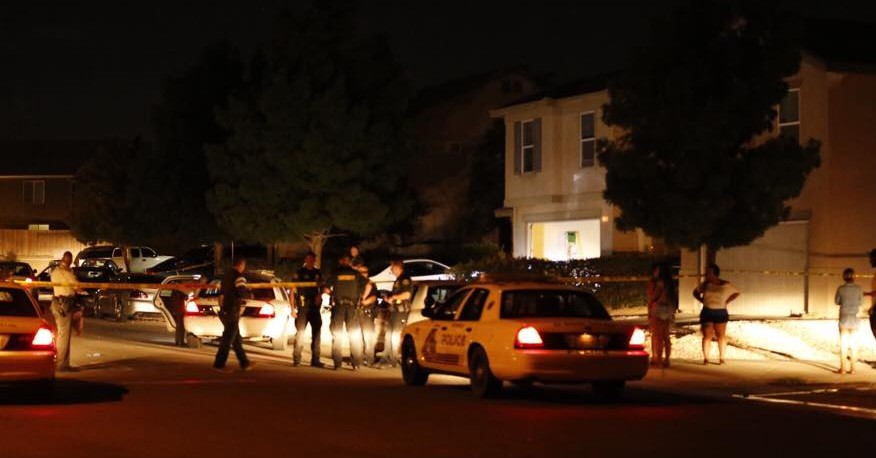 VICTORVILLE:(VVNG.com)- Homicide Investigators are investigating a shooting that resulted in a death of a 31-year-old Victorville resident identified as Pierre O’ Neal.

According to authorities, on Friday, October 3, 2014, at 8:05 p.m., deputies from the Victorville Police Department responded to the report of shots heard, near the 15300 block of Foal Court in Victorville. Upon arrival, deputies located an adult male with several gunshot wounds to his body. He was transported to Arrowhead Regional Medical Center, where he died from his injuries.

Through investigation, detectives determined that Pierre O’Neal came to the location with a loaded handgun and began threatening to shoot several people who were in the garage area of the residence. As the suspect was brandishing his weapon and making threats, a person inside the garage, fearing for his safety, shot O’Neal.

The Sheriff’s Homicide Detail was requested and responded to the location. This case will be forwarded to the District Attorney’s Office for review. No arrests have been made at this time.

Anyone with information regarding this investigation is urged to contact Detective Matthew Peterson or Sergeant Scott Landen at (909) 387-3589. Callers wishing to remain anonymous are urged to call the We-tip Hotline at 1-800-78-CRIME (27463) or you may leave information on the We-Tip Hotline at www.wetip.com.