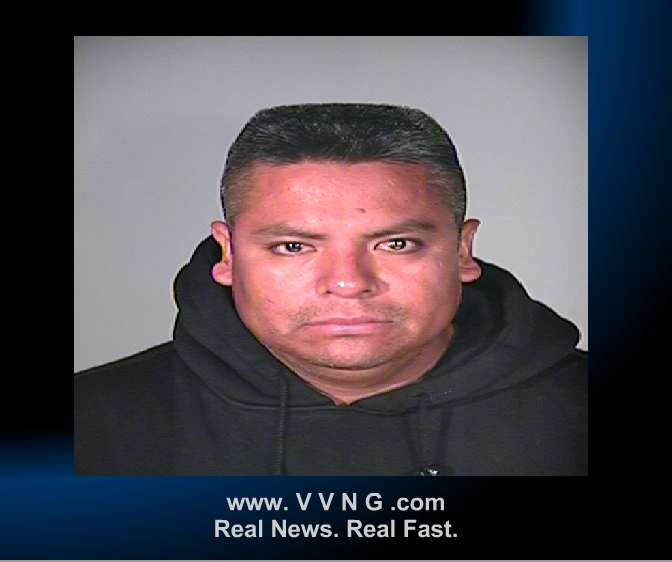 VICTORVILLE:(VVNG.com)- A 38-year-old Victorville man was sentenced today to two life terms without the possibility of parole for sexually assaulting a 14-year-old girl during the commission of a burglary.

On May 27, 2014, Leonel Lopez Reyes (pictured above) was convicted by a jury of Forcible Oral Copulation, Rape, Lewd Act on a Child Under Age 14, First Degree Residential Burglary and multiple allegations related to the 2011 crime.

“Under Chelsea’s Law we were able to prosecute the defendant and seek a sentence of life without the possibility of parole,” said Lead Deputy District Attorney Kathy DiDonato, who prosecuted the case.

Chelsea’s Law is named after 17-year-old Chelsea King of Poway, California, who was raped and murdered while jogging in a park in 2010. Among the crimes that carry potential sentences of life without parole under the law are rape, lewd and lascivious acts on a minor, continuous sexual abuse of a child that were committed during a kidnapping, first-degree burglary or that resulted in great bodily injury.

“In a perfect world children would not be victims of sex crimes,” DiDonato said. “Children should feel safe in their own homes, and this particular defendant stripped the 14-year-old victim of that feeling of safety. Now she can feel safe in her home, once again, knowing that Defendant Reyes will never have the opportunity to hurt her again.”

On June 22, 2011, Defendant Leonel Lopez Reyes, then age 35, came to the victim’s apartment under the guise of repaying the victim’s mother $100. Reyes was a family friend. The victim was home alone while her sister was at school and her mother was at work—details that Reyes was aware of prior to coming to the home.

Knowing that her mother needed the money that Reyes was trying to repay, the victim slightly opened the door, took the money and quickly attempted to close the security screen door. Reyes grabbed the door and forced it open. The victim, fearing for her safety, retreated into the small living room area. Reyes looked around to make sure nobody was in the tiny residence and then forced the victim down onto the couch, where he forcibly raped her.

When Reyes completed the acts, he ordered the victim to shower and not to tell her mother, and then he fled. The victim did as she was told, but after showering, she called her best friend, in tears, and told her friend what happened. The friend disclosed to her own father that the victim had been raped, and the crime was reported to law enforcement.

Lead Deputy District Attorney Kathy DiDonato, who is assigned to the Major Crimes Against Children Unit, prosecuted this case.