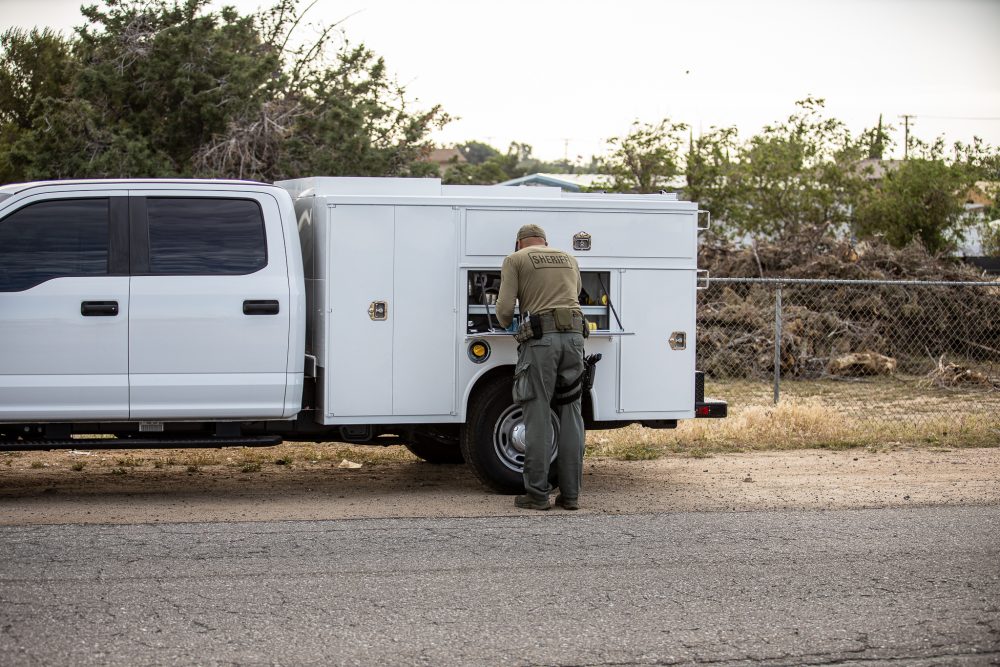 HESPERIA, Calif. (VVNG.com) — A 31-year-old Victorville man was arrested for attempted murder after allegedly pouring gasoline on his wife and setting her on fire, officials said.

The reporting party, later identified as the suspect, Darren McDuffey, advised dispatch of a female on fire at the location.

According to a sheriff’s news release, when deputies arrived, they found the victim, a 44-year-old female, with third degree burns on most of her body. The victim was transported by air to an undisclosed hospital with life-threatening injuries.

“Through the investigation, deputies determined the victim and McDuffey were in a verbal argument. During the argument, McDuffey poured a large amount of gasoline onto the victim and lit the victim on fire. McDuffey sustained burns to his hands in the process,” stated the release.

McDuffey was contacted at the incident location where he was arrested by deputies from the Hesperia Station and subsequently booked at High Desert Detention Center for PC 664/187- Attempt Murder.

According to family, the female victim is reported to be critical but stable and the suspect is her husband.