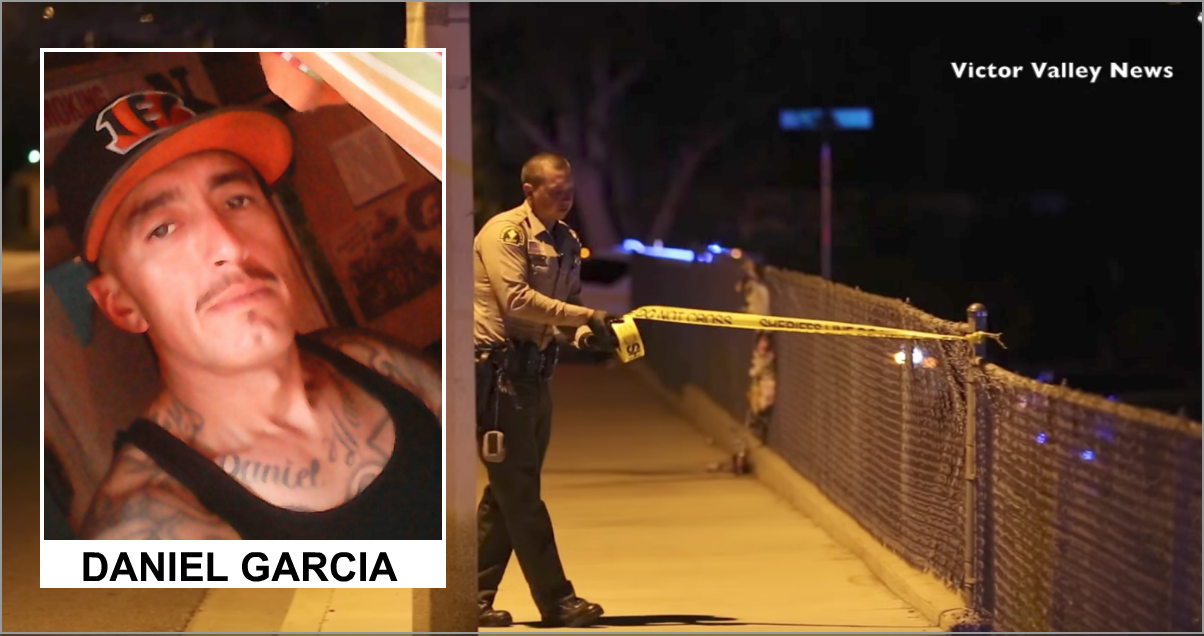 VICTORVILLE, Calif. (VVNG.com) – A day after a man was found shot to death in Victorville authorities announced the arrest of two men.

Arthur Cerda, 34, and Luis Rios, 24, both residents of Victorville were identified as two possible suspects by detectives working the case.

On Thursday, June 29, 2017, at 1:21 am., 43-year-old Daniel Garcia, a transient of Victorville was found slumped over near his bike outside an apartment complex in the 15500 block of Hesperia Road.

Garcia was found with multiple gunshot wounds and was pronounced deceased at the scene.

On Friday, June 30, 2017, the two subjects of interest were located in Victorville in the area of Mojave Drive and Amargosa Road, according to jail booking logs.

“Homicide Detectives interviewed Cerda and Rios, and following the interview they were booked at High Desert Detention Center for PC187 – Murder,” stated a Sheriff’s press release.

Both subjects are being held without bail and are scheduled for arraignment in a Victorville courtroom on July 5, 2017.

Updates will be provided as new information becomes available.