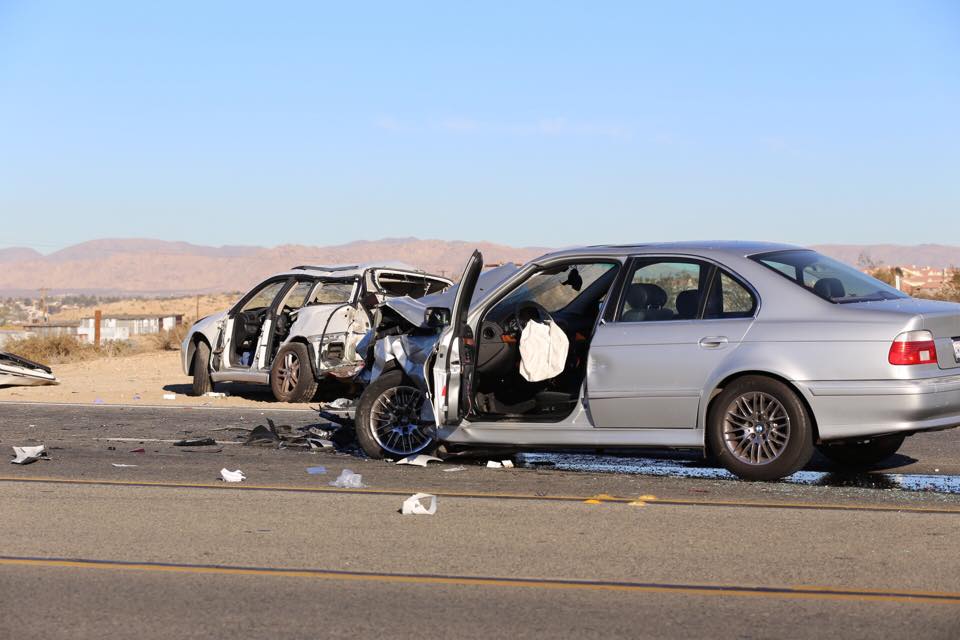 Upon investigation it was determined that James Bowser of Victorville was traveling southbound on Hesperia road while Dinahmari Closas of Colton was heading northbound. For unknown reasons, Bowser drove off of the roadway into the dirt then back into the roadway. When he returned to the roadway he went across the southbound lanes into the northbound lanes, where he subsequently collided with Closas’ vehicle.

Bowser, who required extrication from his vehicle following the accident was pulled from the vehicle unconscious and not breathing. CPR was administered to the critically injured man at the scene, he was then transported to Victor Valley hospital with major head injuries and in critical condition. Bowser remained in a coma and on life support until Saturday, November 29th when he was removed from life support and was pronounced deceased shortly after.

Closas sustained injuries to her head and chest and was treated at Desert Valley Hospital.

Hesperia Road was closed to traffic in both directions in the area of the collision until approximately 8:00 p.m. This is an ongoing investigation by the Victorville Major Accident Investigation Team (MAIT).  Anyone with information about the collision is requested to contact Deputy Reyes at 760-241-2911.