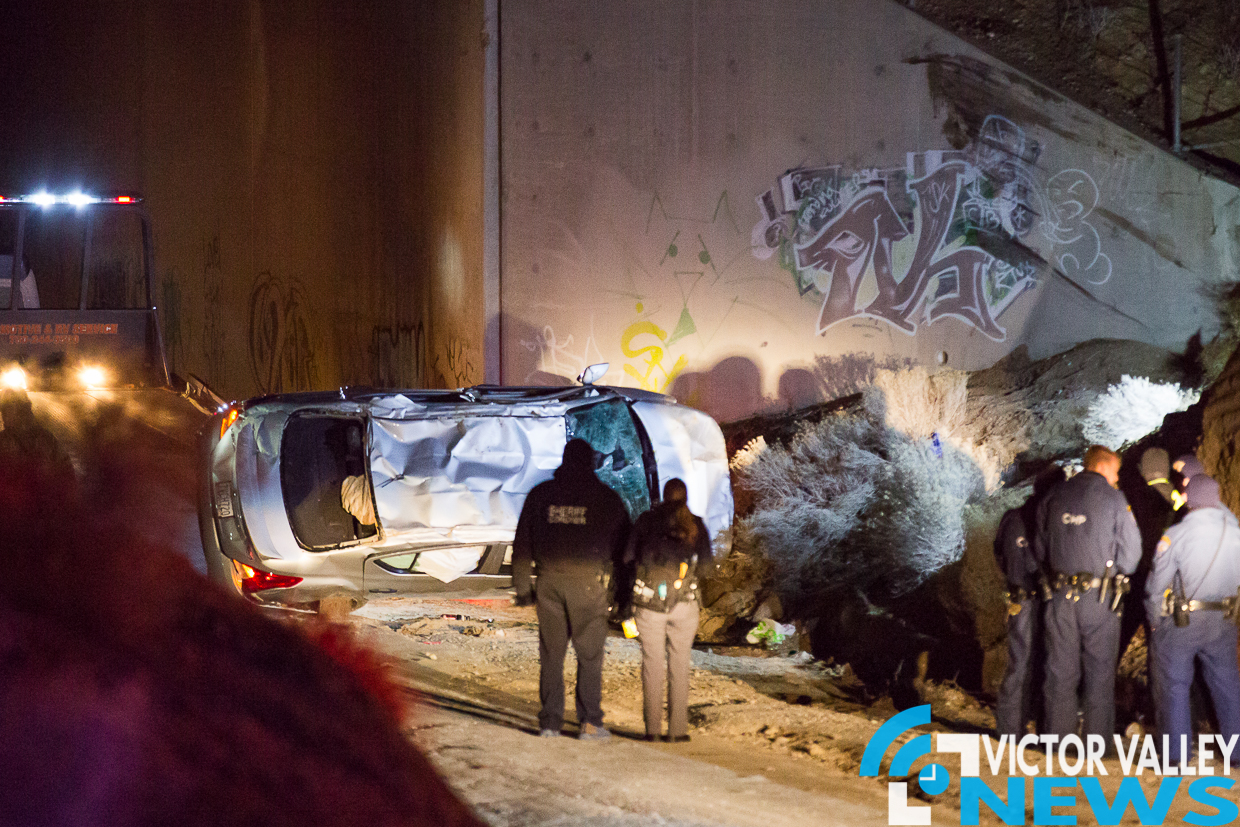 UPDATE 1/28 @ 6:30 AM– The San Bernardino Coroner’s office has identified the man killed in the traffic collision as Robert Zimmer, a 57-year-old resident of Victorville.

VICTORVILLE, Calif. (VVNG.com) A Victorville man died after his vehicle plunged off the freeway early Friday morning on January 27, 2017.

The California Highway Patrol responded to the incident just before 2:30 a.m. and determined the vehicle was traveling northbound on the I-15 Freeway just north of the Stoddard Wells/Bell Mountain exit.

For an unknown reason, the vehicle, a silver Nissan Versa, left the roadway at an undetermined speed and slammed into the wall of the Quarry Road underpass causing the vehicle to flip.

The male driver was pronounced deceased at the scene by firefighters.

San Bernardino County Firefighters from Station 311 responded to the scene and extricated the victim from the vehicle.

Authorities responded to the family residence to notify next of kin just before 6 a.m.

The accident is currently under investigation by the California Highway Patrol Victorville station.

Related Topics:15 freewayFatal Accident
Up Next