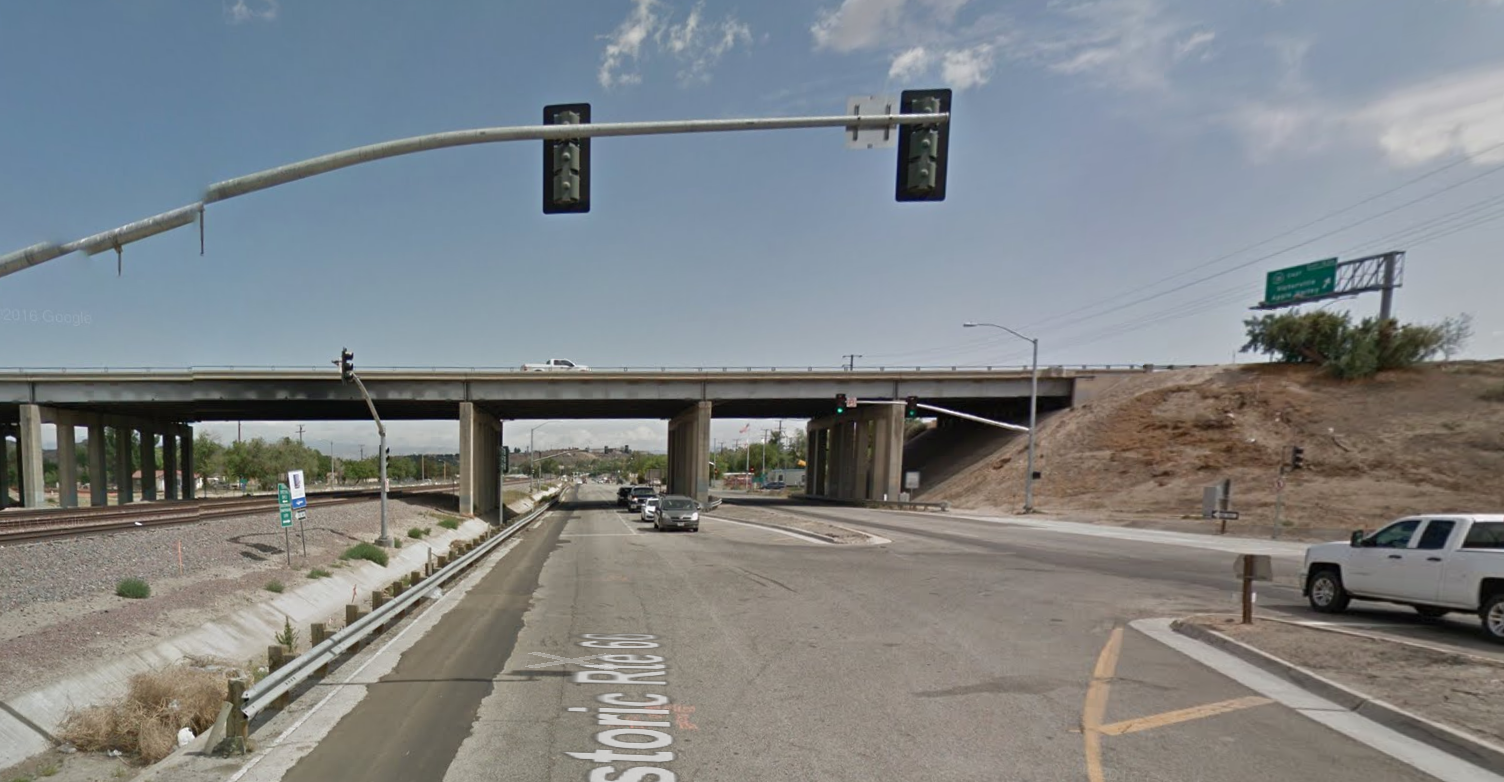 VICTORVILLE, CA:(VVNG.com)- A 22-year-old Victorville man is facing multiple charges and is lucky to be alive after jumping from a freeway overpass.

On Wednesday, September 7, 2016, the suspect, Miguel Perez, was arrested for assault with a deadly weapon, assault on a Peace Officer, and felony vandalism after jumping from the D. Street overpass and landing on the trunk of a vehicle.

A woman was driving on D. Street, under the 15 Freeway, when the suspect jumped from the freeway and landed on the trunk of her car.

It is estimated the suspect hit the vehicle at a speed of approximately 30 miles per hour.

The woman pulled into a nearby gas station where the suspect got off of her vehicle and laid in some bushes before going into the gas station.

Deputies from the Victorville Police Department located him in a backroom of the gas station. The suspect became combative after being placed in an ambulance and had to be secured by deputies. It appears the suspect was under the influence of an unknown substance. He has been transferred to Arrowhead Regional Medical Center for further evaluation.

The suspect will be booked on the charges upon discharge from the hospital.