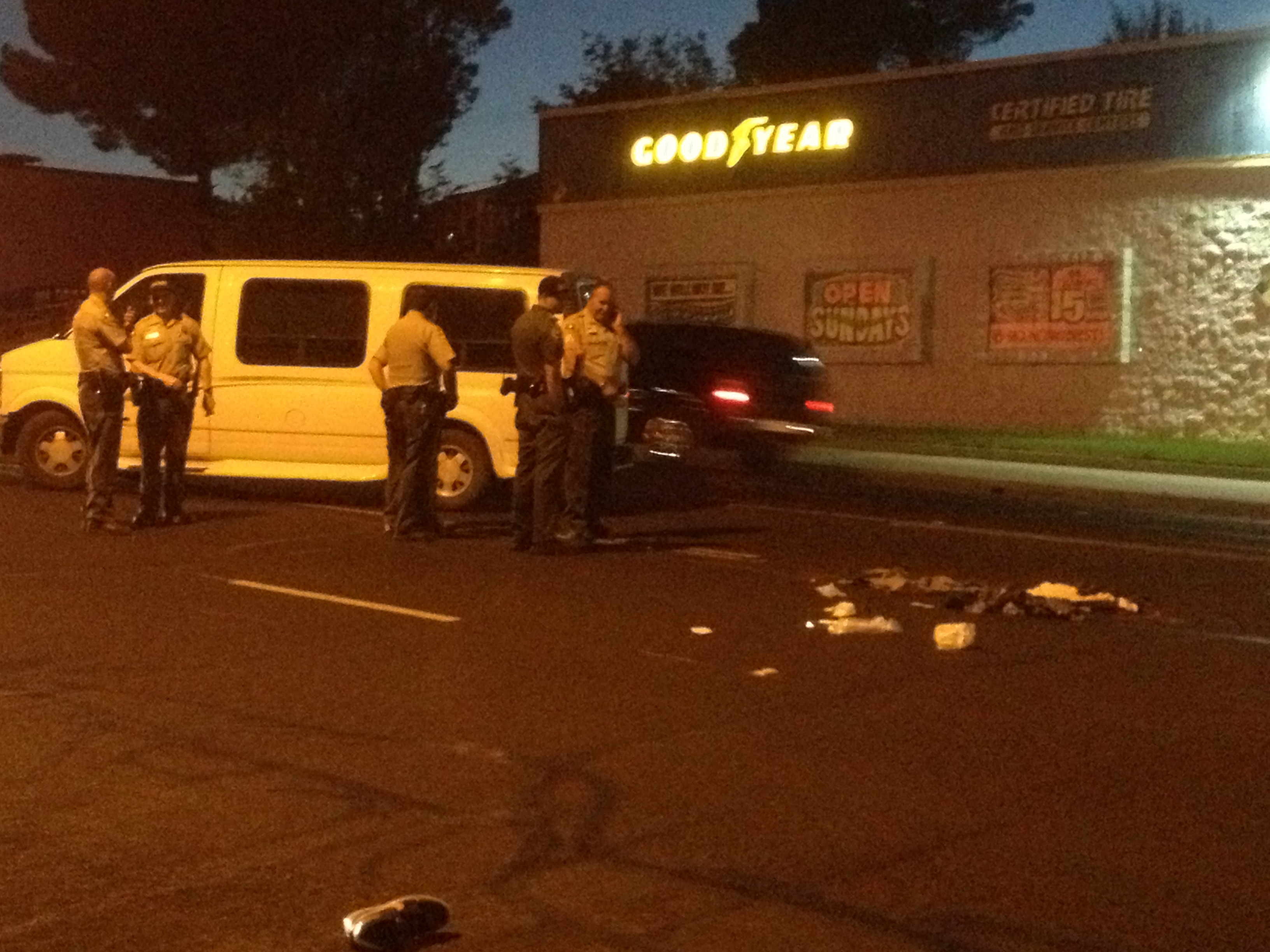 VICTORVILLE: According to a press release, on Monday, April 7, 2014, at approximately 7:32 p.m., Victorville Deputies were dispatched to a report of a man down in the roadway on Seventh Street just south of Victor Street in the City of Victorville.

Through investigation it was discovered that an unidentified 29-year-old male resident of Victorville was walking in the roadway on Seventh St, approximately 200 feet south of Victor St.

Juan Solano, 33-year-old male resident of Apple Valley, was driving northbound on Seventh St.  Solano did not see the unidentified male in the roadway until he was only a few feet in front of his vehicle.  Solano was unable to avoid a collision and his vehicle struck the pedestrian and he sustained major injuries as a result of the collision and was transported to a local trauma hospital.

Deputies are still investigating on whether speed or alcohol played a factor in this traffic collision.

Seventh St was closed to traffic in both directions in the area of the collision until approximately 11:00 p.m. This is an ongoing investigation by the Victorville Major Accident Investigation Team (MAIT).  Anyone with information about the collision is requested to contact Deputy Ortiz at 760-241-2911.