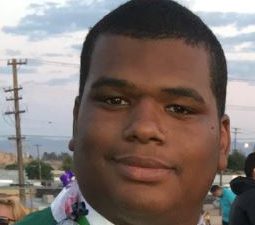 The Victorville Sheriff’s Station received the report at 1:16 a.m. Monday after Asa Hurst failed to return home after leaving his residence in the 12000 block of Shooting Star Drive.

“The reporting party advised deputies that he walked away from the residence at approximately 10:00 p.m., on Sunday, February 5th and has not returned,” officials said.

The Victorville Police tweeted on Monday that Hurst was safely located.