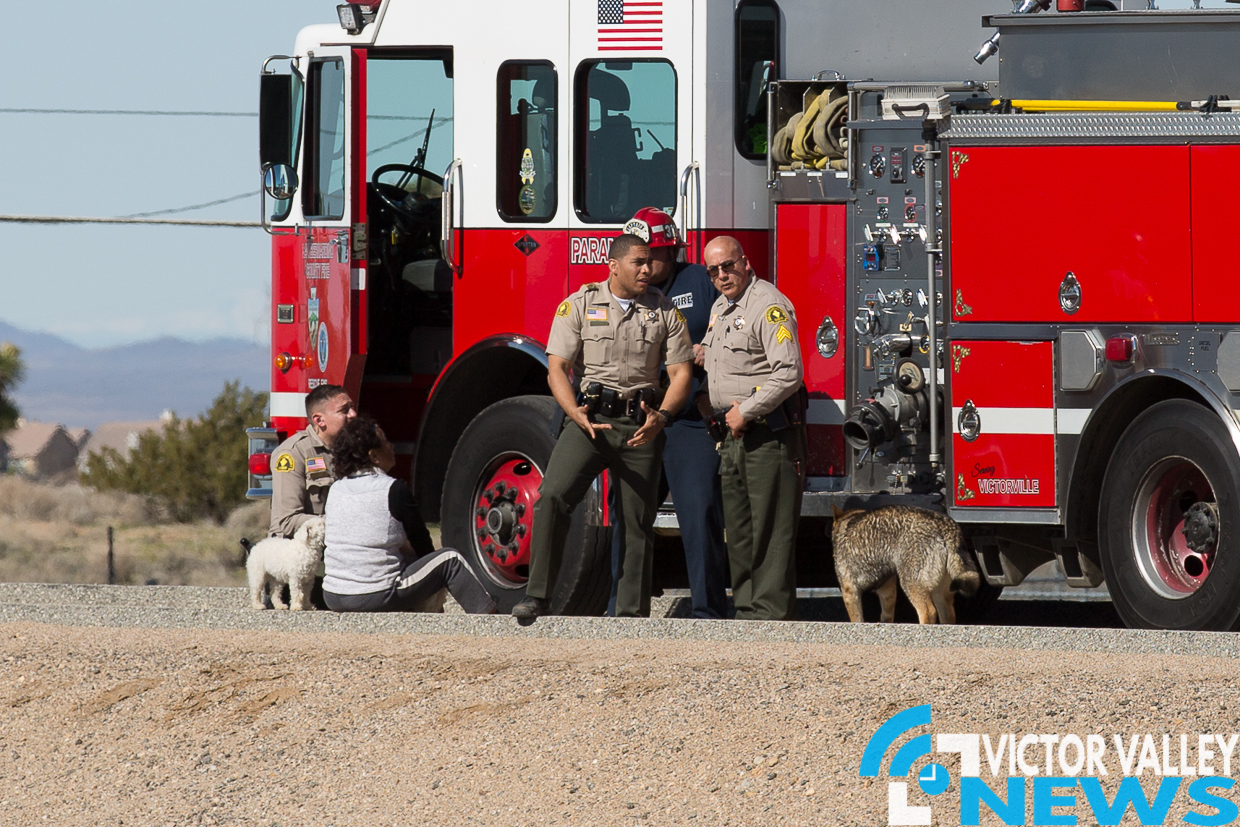 HESPERIA, Calif. (VVNG.com)– The 58-year-old Victorville man who fell into the California Aqueduct yesterday after attempting to save his dog has died.

On Tuesday, February 14, 2017, at 12:55 p.m., the San Bernardino County Sheriff’s Department responded to a report of a man down in the water in the California Aqueduct just south of U.S. Hwy. 395.

Hesperia Sheriff’s Spokeswoman Jackie Chambers told Victor Valley News that Lucas was unresponsive when he was pulled from the aqueduct by emergency personnel.

Lucas was underwater for approximately 10-15 minutes and later pronounced deceased at Desert Valley Hospital at 2:15 p.m., according to authorities.

Through investigation, it was determined that the victim and his wife were walking their three dogs along the aqueduct when one of the dogs fell into the water. The victim approached the water and while reaching to save his dog lost his footing and fell in. The victim was estimated to be in the aqueduct for approximately 10-15 minutes before emergency personnel was able to pull him from the water. The victim’s dog was able to get out of the water and was not injured.

[box type=”warning” align=”aligncenter” class=”” width=””]The Hesperia Sheriff’s Station wants to remind citizens that even though the water on the surface of the aqueduct appears calm and slow moving, there is an undertow that is very fast moving and can pull a person under. Always use caution when walking along the aqueduct and maintain distance from the edge.[/box]

Related Article:
Victorville Man “Unresponsive” After He Was Pulled From Aqueduct (VIDEO)