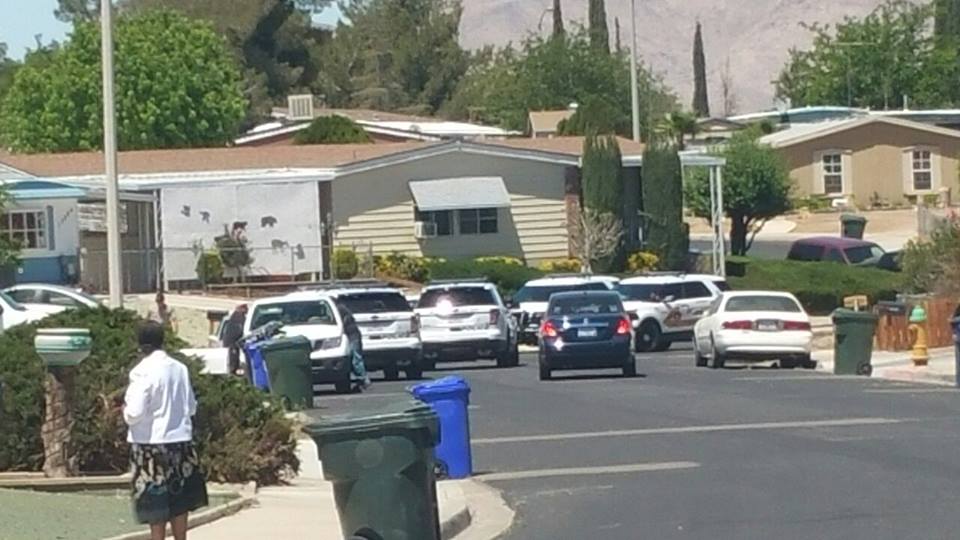 VICTORVILLE-(VVNG.com): At approximately 1:30 P.M., on Tuesday, April 28, 2015 dispatch received a report of a man allegedly shooting from his home on Trinidad Avenue toward the Green Tree Golf Course.

Per scanner traffic, deputies arrived on scene within minutes and approached the man at gunpoint. According to Sheriff’s spokesperson, Sgt. Burgess the suspect has been detained and they are still working on gathering information at this time.

A translator was requested for the reporting party, who is according to the scanner, a nearby neighbor. There are no injuries reported as a result of this incident. Information will be updated as it is received.