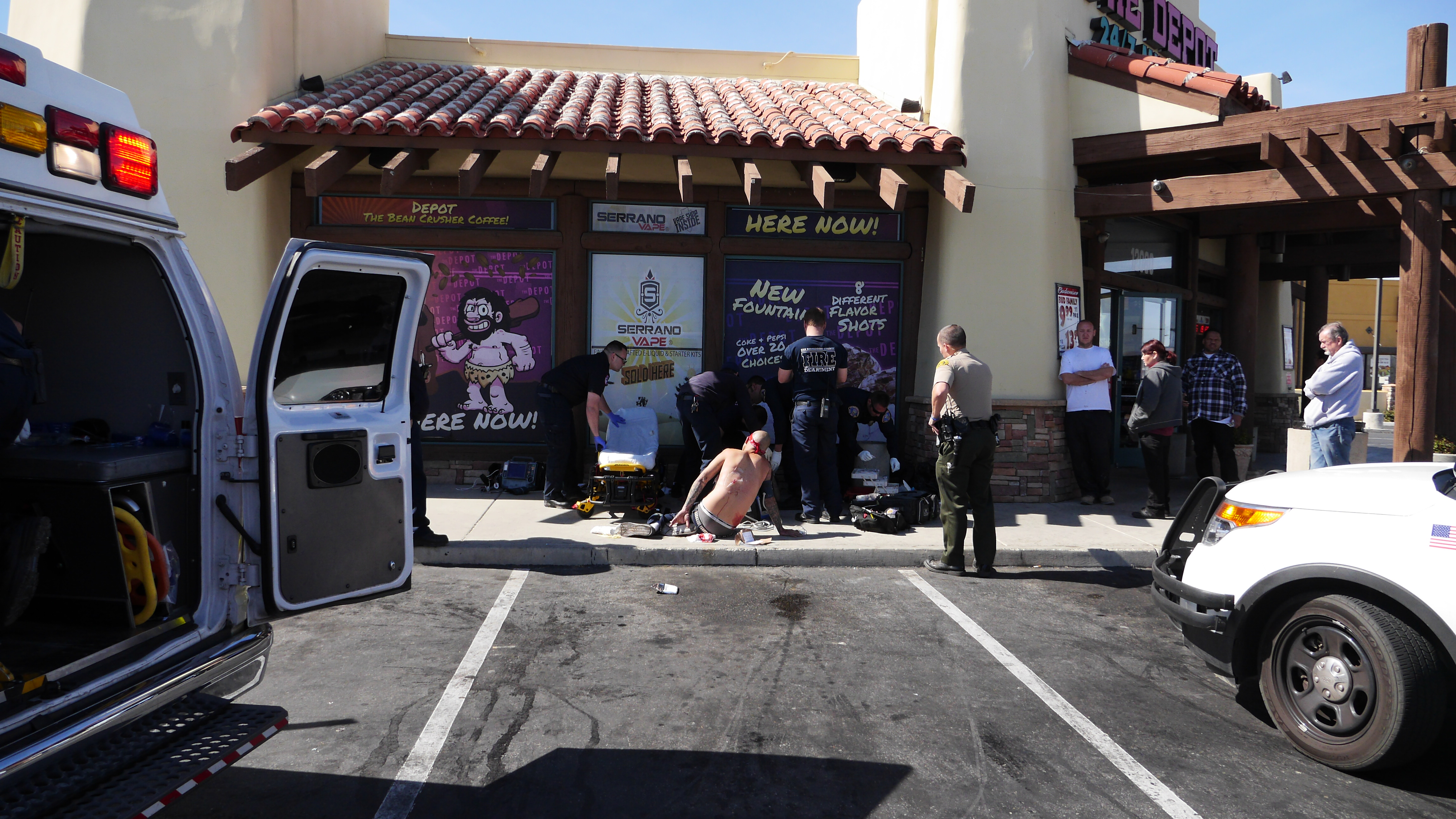 Victorville man arrested for attempted murder for stabbing a man and woman at a Victorville gas station.

VICTORVILLE-(VVNG.com): A 51-year-old Victorville man is behind bars after stabbing a male and female victim after a verbal altercation on Wednesday afternoon. Deputies from the Victorville station and medical personnel responded to the stabbing just after 12:00 p.m.

Upon their arrival at the gas station located at 12080 Amargosa Road, they found a 33-year-old man and a 26-year-old woman both suffering from stab wounds.  Witnesses told deputies that a verbal altercation began while the three were exiting the gas station and continued as the two men and one woman walked around to the side of the gas station.

According to witnesses, the argument turned physical and one of the males, identified as Michael Allen Woolever pulled out a knife and stabbed both the male and female.  Woolever Then fled the scene on foot and was located in a nearby parking lot and was taken into custody without further incident.

The victims were  airlifted to a trauma center where they are both are still currently being treated for their injuries. Woolever  was arrested for attempted murder and was booked into the High Desert Detention Center and is being held in lieu of $1,000,000 bail. He is due to appear at the Victorville Superior Court on Friday afternoon for an arraignment hearing.

Anyone with information on this case is asked to contact Detective Bryan Ziert at the Victorville Police Department at(760) 241-2911. Callers wishing to remain anonymous are urged to call the We-Tip Hotline at 1-800-78CRIME (27436) or you may leave information on the We-Tip website at www.wetip.com