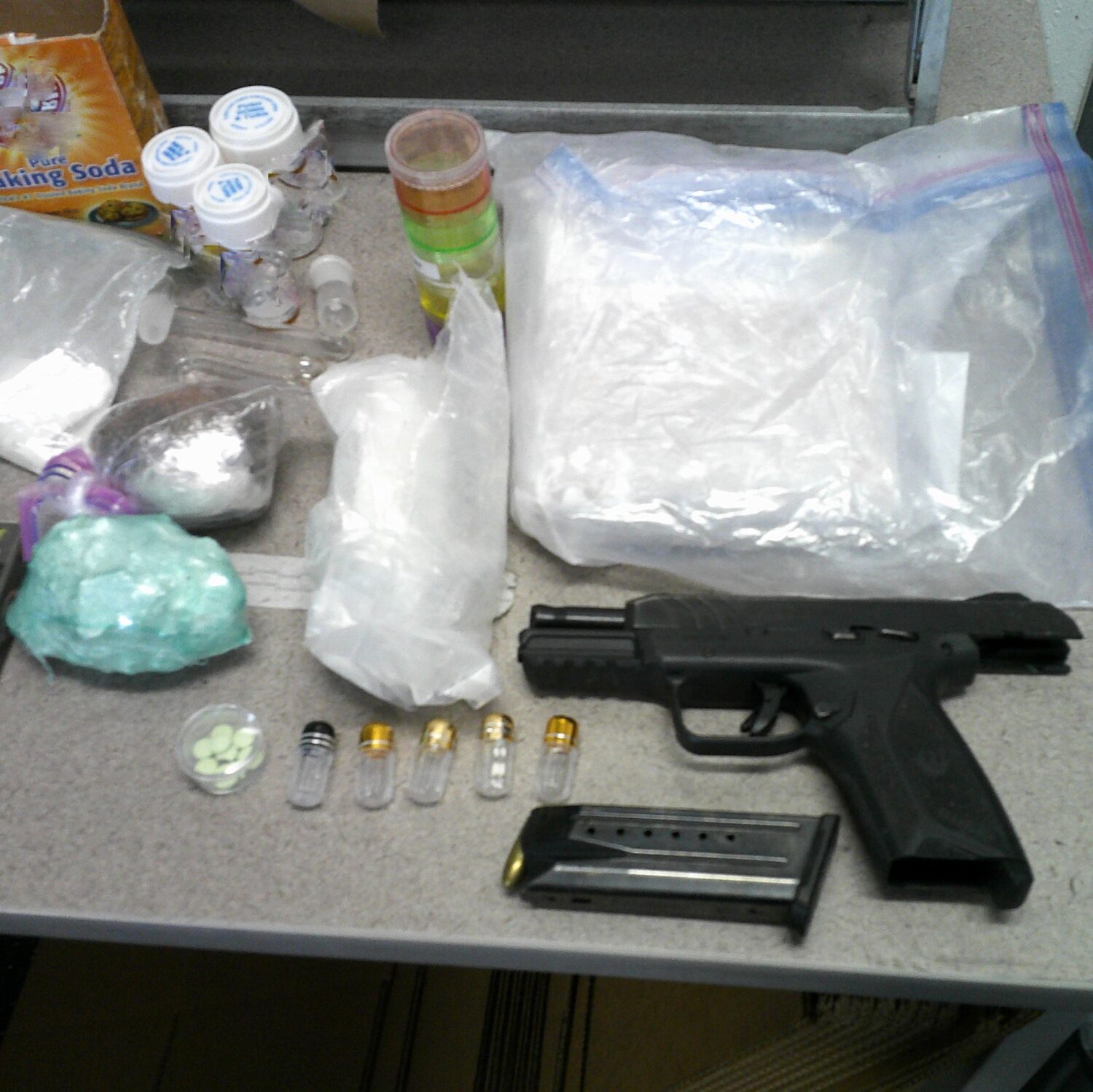 VICTORVILLE, Calif. (VVNG.com) — A 61-year-old Victorville man was arrested for possession of narcotics for sale after a search warrant at a residence.

The suspect, later identified as Raymond Garza, was located and detained inside the residence.

According to sheriff’s officials, the search of the residence resulted in the seizure of 2.5 lbs. of suspected heroin, methamphetamine, and paraphernalia used for selling narcotics.

Additionally, a handgun, high-capacity magazine, and ammunition were seized.

Garza was arrested and booked into custody for possession of narcotics for sale, possession of a high-capacity magazine, and possession of a controlled substance while armed. He is being held in custody with a $300,000 bail, pending a court appearance.

Anyone with information about this investigation is asked to contact Deputy T. Moorman with the Victorville Police Department at (760) 241-2911 or Sheriff’s Dispatch at (760) 956-5001.

Man shot and killed during an altercation in Victorville identified