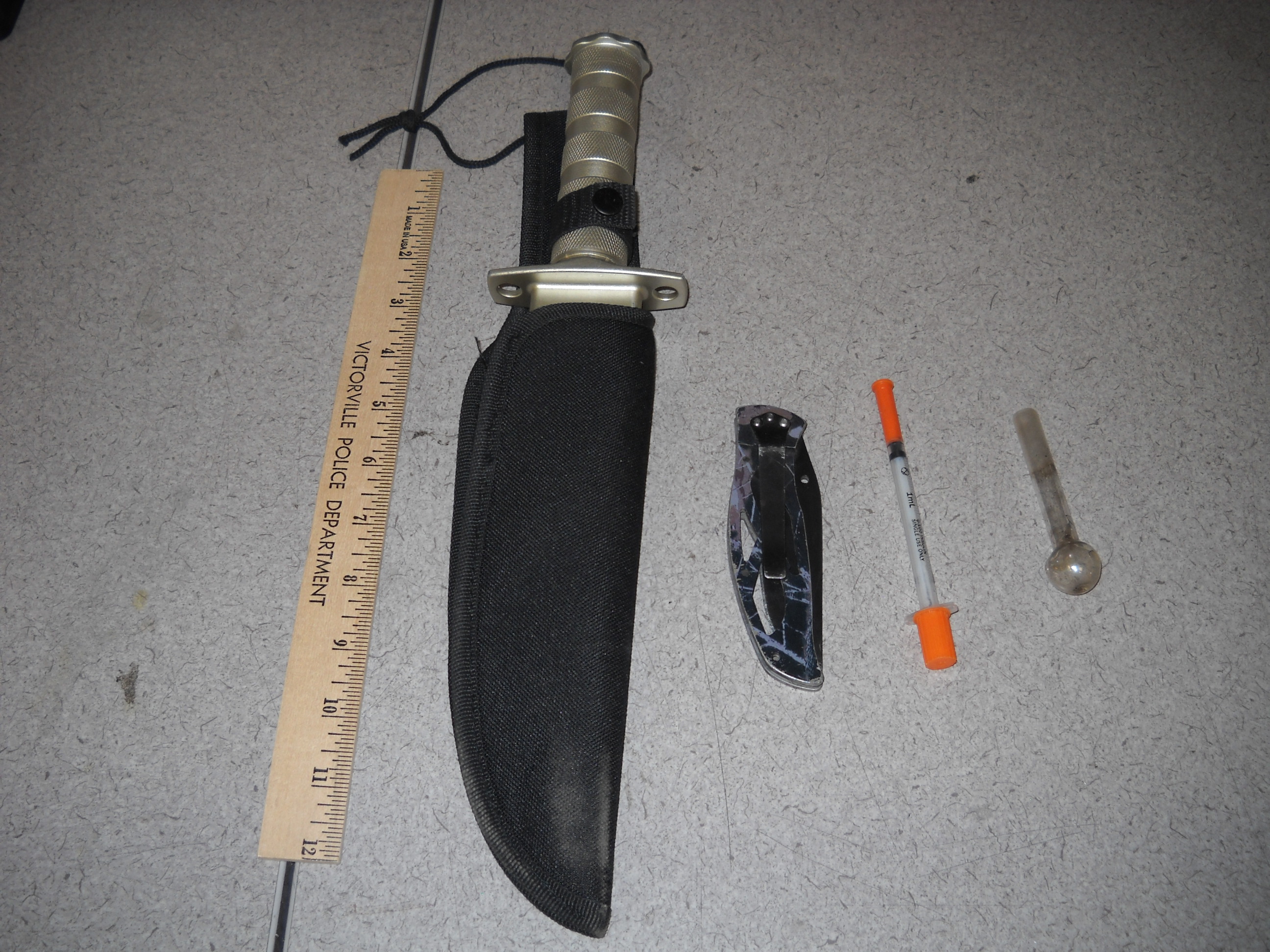 VICTORVILLE,CA:(VVNG.com)- A 25-year-old Victorville man was arrested for possession of a weapon and unlawful paraphernalia on school grounds.

On September 14th at about 10:44 a.m. A Victorville deputy made contact with Daniel Carl Flury, who was walking across the front of Sixth Street Prep Elementary School campus.

Flury had a sheath attached to his waistband, which contained a large, fixed blade knife.

Deputy Graham conducted a search of Flury’s person and found another knife concealed in his front pants pocket, as well as a hypodermic needle and glass pipe in another pocket.

Flury was arrested and booked at High Desert Detention Center for possession of a weapon on school grounds and possession of unlawful paraphernalia.

According to public court records Flury was cited and released with no scheduled court appearances.