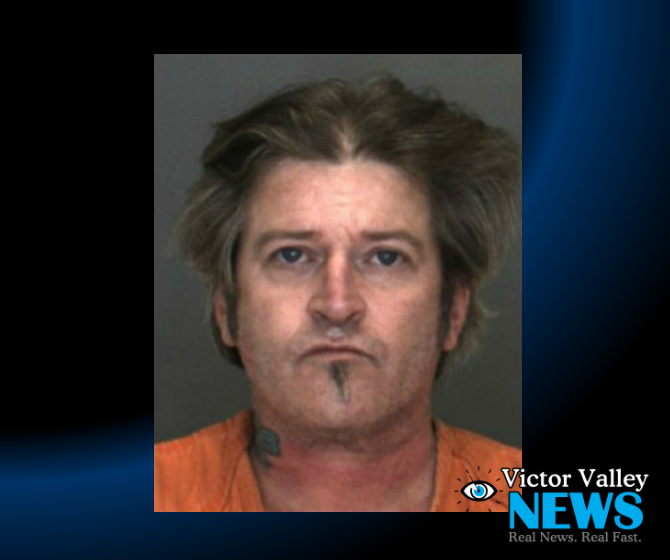 On February 26th, detectives from the Rancho Cucamonga Police Department initiated an investigation. The investigation was initiated due to the report of a 16-year-old juvenile runaway from New York, who was believed to have travelled to California. Detectives determined that the juvenile had been in contact with Buck Wylde Murphy since her arrival in California and was possibly in the High Desert.

Detectives from the Human Trafficking Detail and the Apple Valley Police Department assisted with the investigation. On February 26th at approximately 9:10 p.m.the 16 year old female was found with Murphy in his RV. The two were located at the Horseman’s Center in Apple Valley.

During the investigation it was determined that Murphy lured the female juvenile utilizing social media sites to travel to California. Murphy had arranged for her travel and once she arrived in California she was held against her will by threat of force. The victim was sexually assaulted by Murphy over the course of several days.

Murphy was arrested and booked into the High Desert Detention Center for the above crimes and is being held on $1,000,000. bail.

Detectives are releasing the booking photo of Murphy as there is concern that there may be other victims. Anyone with information is urged to contact Detective Salsberry or Detective Ford at (909) 890-4840. Callers wishing to remain anonymous may contact the We-Tip Hotline at 1-800-78CRIME (27463) or you may leave information on the We-Tip website at www.wetip.com