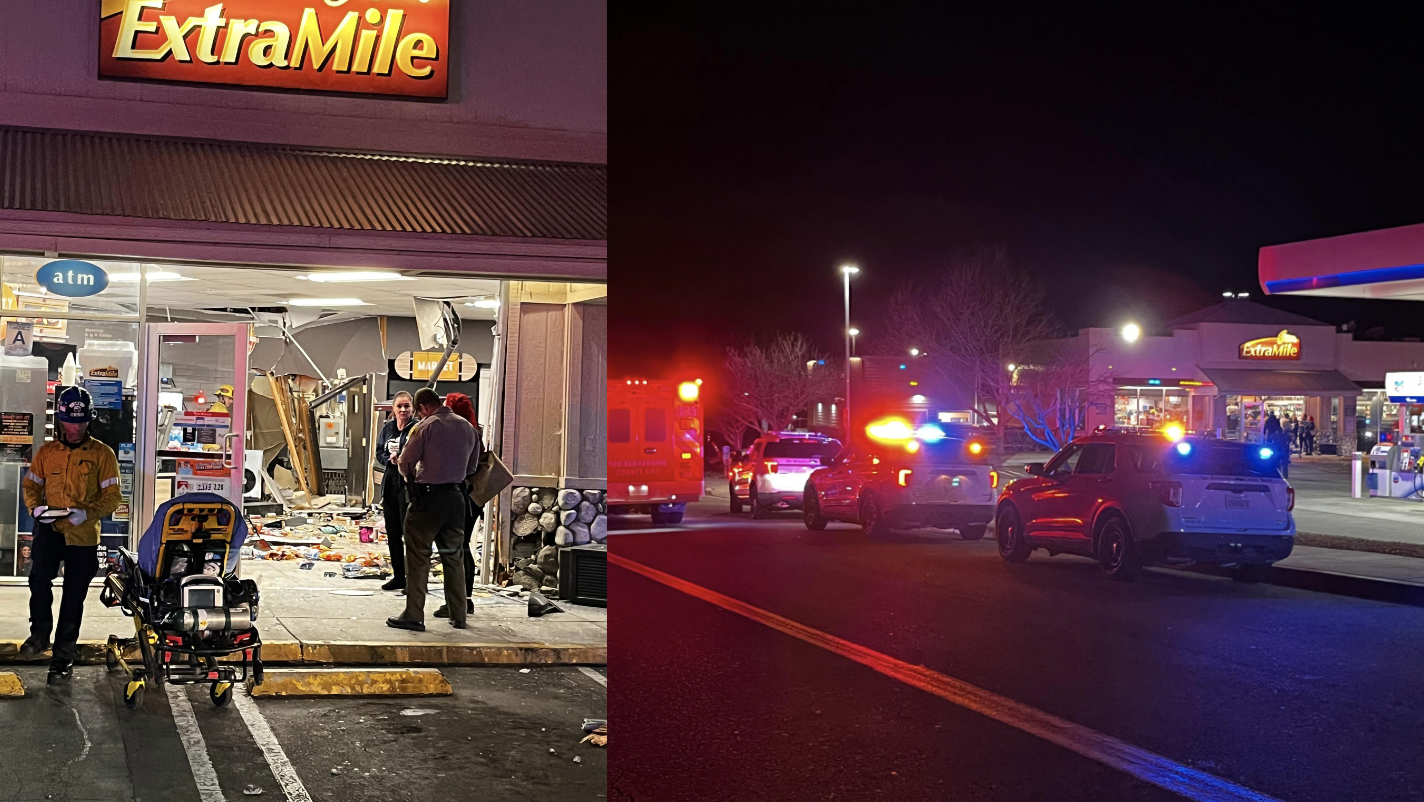 CAJON PASS, Calif. (VVNG.com) — A 33-year-old Victorville man was arrested for DUI after crashing his SUV into a gas station in the Cajon Pass and fleeing the scene, officials said.

On January 21, 2023, at approximately 10:08 p.m., deputies from the Central Station responded to the Chevron located at 3260 Wagon Train Road, near the I-15 freeway for a shots fired call.

When deputies arrived at the location, they learned the driver of a 2021 Ford Explorer drove his vehicle into the front of the business, struck a juvenile victim that stood inside, and fled the scene in his vehicle.

The victim sustained minor injuries and was transported to a local hospital.

According to a sheriff’s news release, as the suspect fled the scene an unknown person who was at the location, fired gunshots at the vehicle.

“During an area check, deputies located the suspect vehicle on the north bound shoulder of the Interstate 15 freeway and identified Kevin Williams as the suspect in this case,” stated the news release.

Sheriff’s officials said Williams displayed signs and symptoms of being under the influence of alcohol.  The person who shot at the suspect also left the scene and his identity is unknown.

Williams was arrested for felony hit and run, causing injury, and suspicion of DUI. He was booked at the Central Detention Center and is being held on $40,000 bail.

Anyone with any information or anyone who may have witnessed the collision is asked to contact Deputy T. Mayberry at the Central Station at (909) 387-3545. Callers wishing to remain anonymous are urged to call the We-Tip Hotline at 1-800-78-CRIME (27463) or leave information on the website at www.wetip.com.

Related Topics:accidentchevrongas station
Up Next