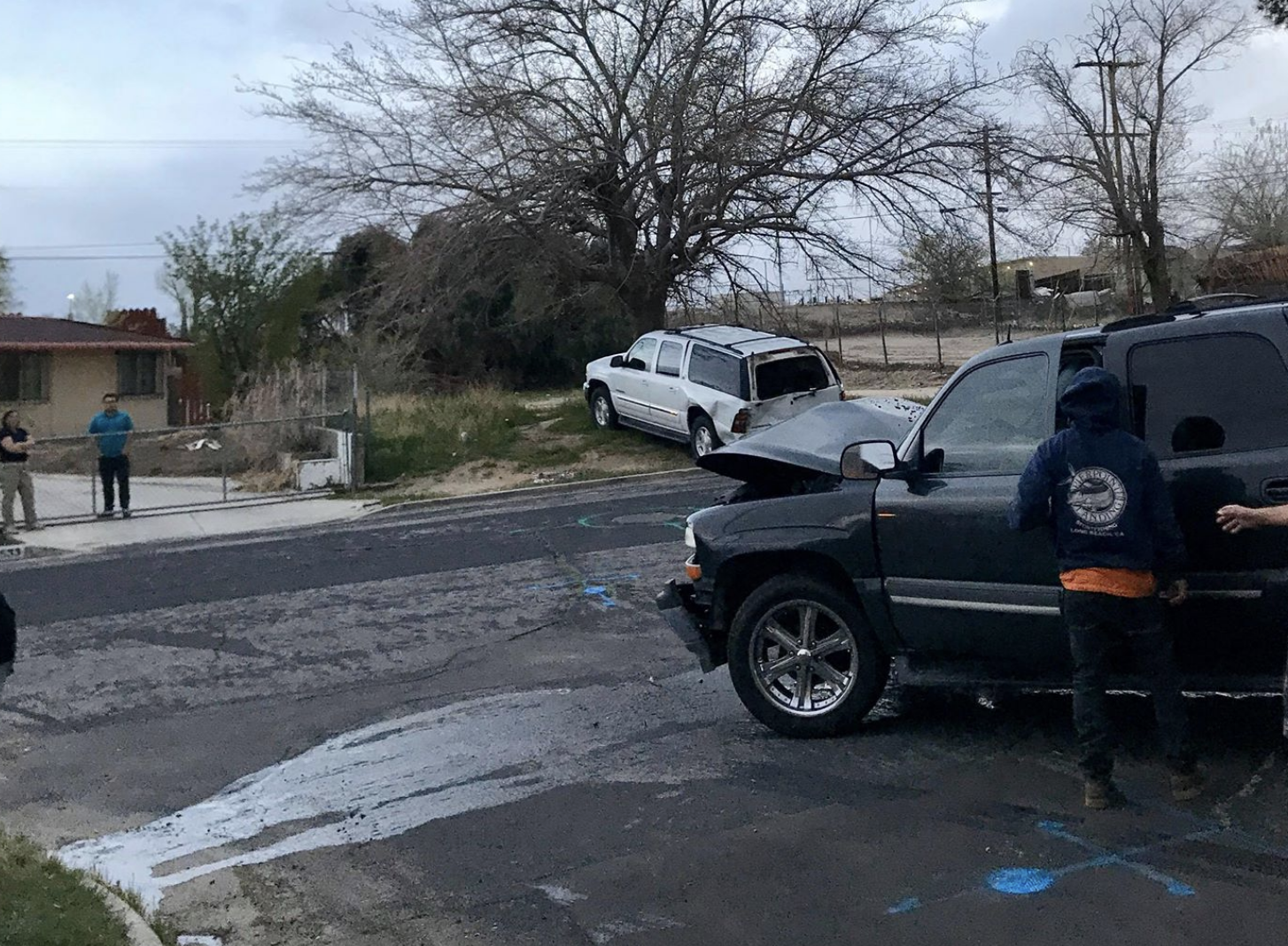 VICTORVILLE, Calif. (VVNG.com) — A 24-year-old Victorville man was arrested for DUI after crashing into a parked vehicle.

A witness who asked not to be identified said the suspect’s SUV was speeding prior to crashing into an SUV that was parked at the end of the residential street.

Per the witness there was a strong odor of alcohol on the driver who was stumbling and slurring.

Deputies arrived and arrested Ricardo Navarro for VC23152(A) DUI Alcohol/Drugs, VC23152(B) DUI Alcohol/0.08 Percent. He was cite released and is no longer in custody as of March 17th.