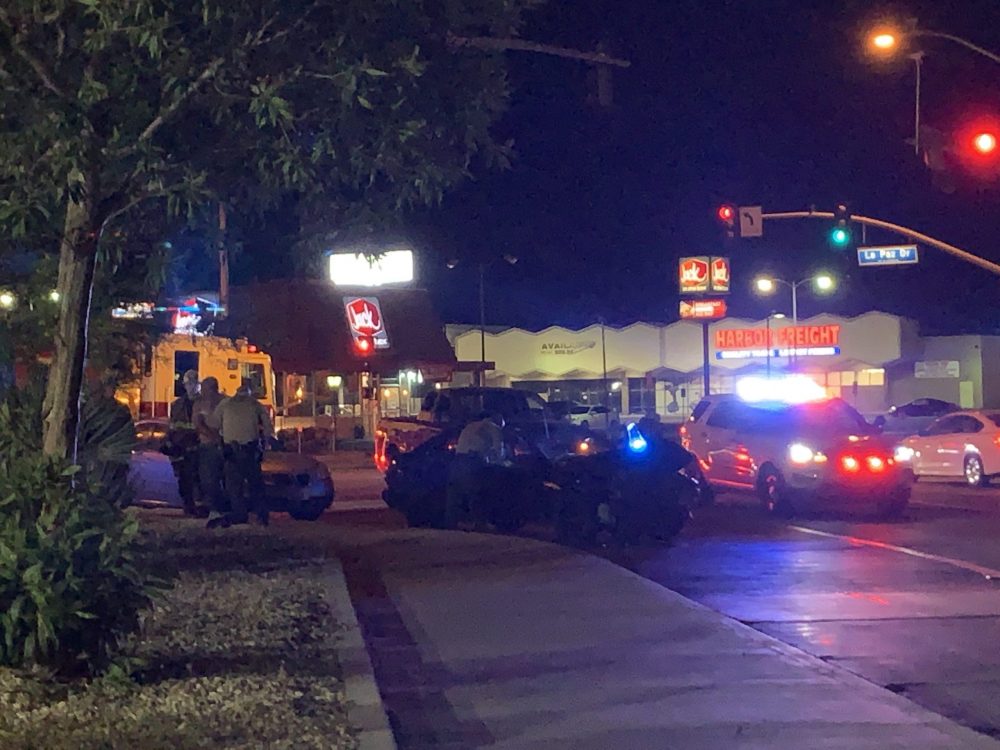 It happened at about 8:20 pm at the intersection of La Paz Drive and 7th Street in Victorville.

The subject, Rolando Rojas, was driving a 1997 Nissan Sentra when he collided with a 2008 Pontiac at the intersection.

“Rojas’ driver’s license is suspended as a result of a previous DUI and he is currently on probation,” stated Rodriguez.

Rojas was arrested and booked at High Desert Detention Center for DUI, driving with a suspended license, and violating probation.

There were no significant injuries sustained during the collision.