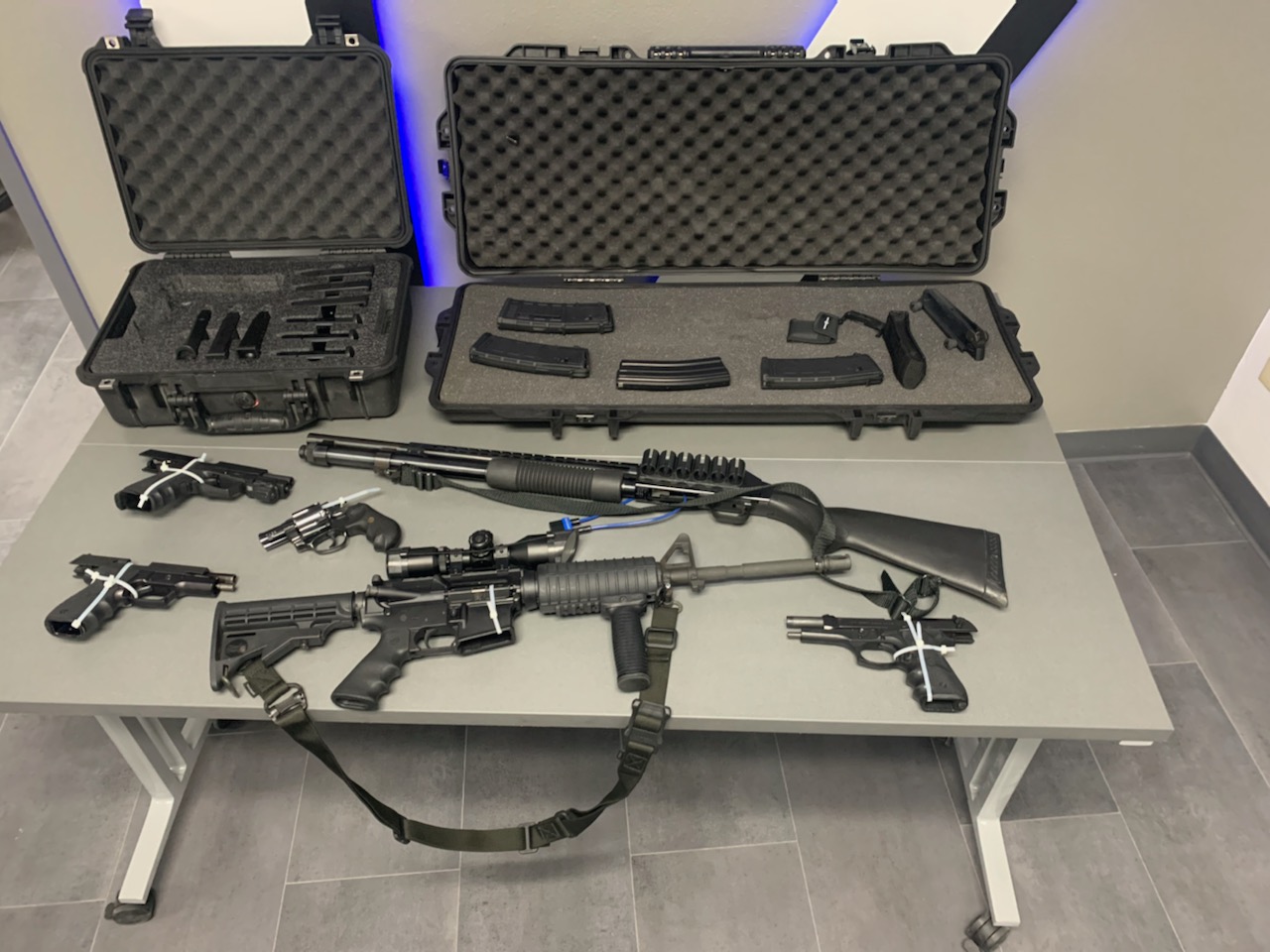 According to a sheriff’s news release, “the adult-male victim had recently moved out of the home, and was returning to the home to remove some of his belongings. When the deputy and victim arrived, it appeared no one was home, and they were not able to go in.”

At approximately 9:07 am, deputies were requested back to the location when a glass break alarm was activated.

The suspect, Maukali DeFlora, also called law enforcement to report the victim had broken a window to attempt to gain entry to the house. While deputies were en route, reports of gunshots being heard in the home were received.

Upon arrival, deputies discovered the suspect had armed himself with a gun and shot at the victim. The victim was not hit and was able to flee the house. After a short time, the suspect exited the house and was taken into custody. A search warrant was granted and served at the house. During the search, deputies recovered several firearms and multiple rounds of ammunition.

DeFlora was arrested and booked at High Desert Detention Center for assault with a Firearm on a Person. He is being held in lieu of $50,000 bail and is scheduled to appear in Victorville Superior Court on April 2, 2020.